Just after the WWII, many children were born in Copenhagen my aunt Eva got her first three in five years. Lots of children were seen in the streets, and baby carriages were everywhere too. 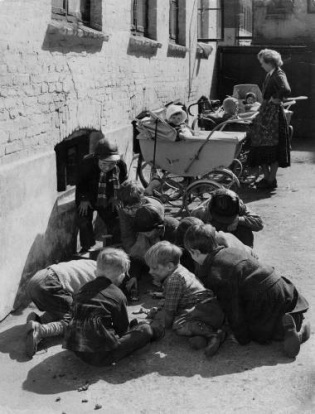 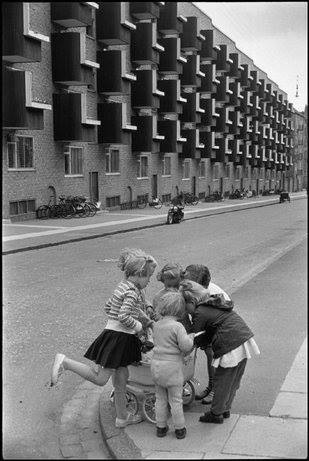 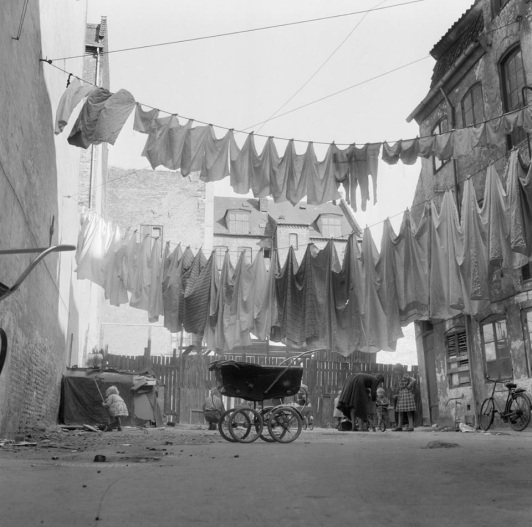 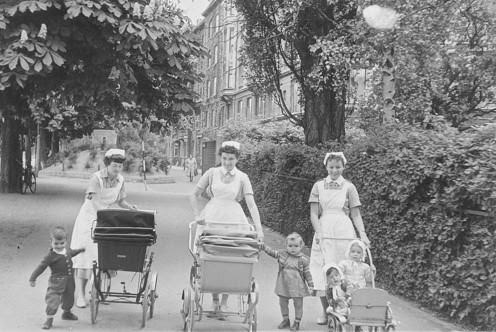 My aunt Eva and my uncle lived near a famous church called Grundtvig’s Church. The row of flats was built around the large church. The situation when this event took place was in 1946 when she had a new-born in her baby carriage. (At that time they were quite big as no baby carriages were supposed to be transported in cars as today). By the way, I also lived my first years in that area.

The Grundtvig’s Church under construction in the 1930s

The family lived where the man is standing 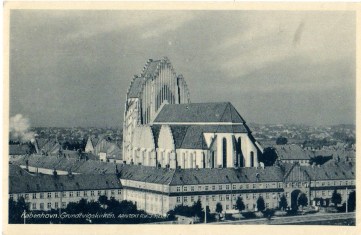 the Grundtvig’s Church and surrounding houses 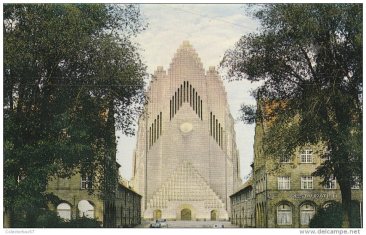 The Grundtvig’s Church at a postcard

Her close family lived not so far away, and she and the small boys would take the tram to get there. The oldest boy N.H. was used to that trip so one day, walking beside the baby carriage, he just disappeared in the twinkling of an eye.  My poor aunt was desperate to find him. She must have run up and down the street screaming and asking for help. 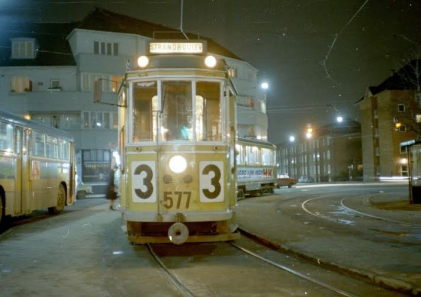 A tram in Copenhagen 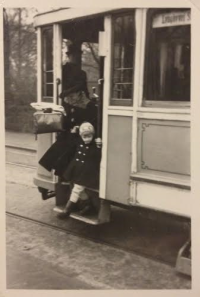 A boy and his mother at a tram in Copenhagen

I don’t know how long it took, but he came back with a tram, and the conductor would scold my aunt very sternly for having lost control over him. He had gone up in the tram, as he knew how to do it, and gone as far as the end station. I suppose that he was recognised by the conductor or somebody at the tram so that he could be brought back to safety. 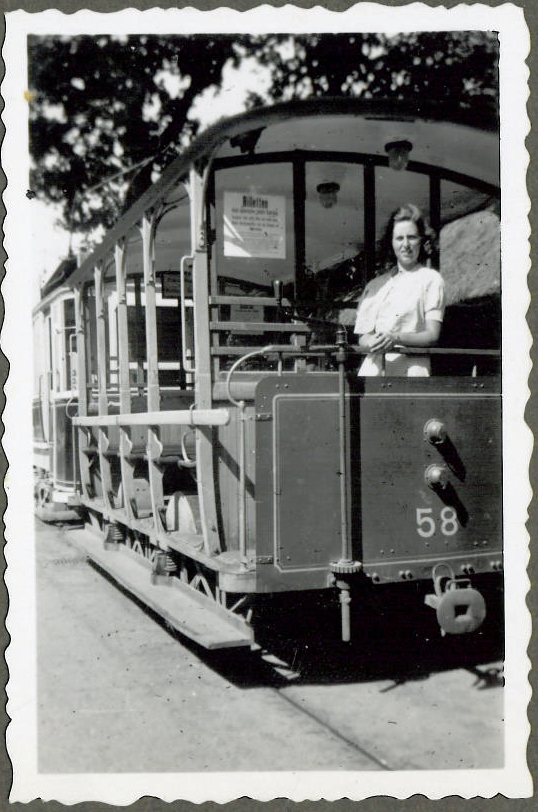 Eva in her young days is in an old tram somewhere

I have tried to get the full story from my cousin N.H. who is 71 years old today. He just laughs and says that he always wanted to be a globetrotter, but he can’t remember anything from the age of two!

Today people are blamed on Facebook if their actions or opinions are regarded as wrong but at that time it was a straightforward confrontation, and the authorities had the power to do so.

She is not the only mother who lost track of her child, it happened at least once for each of my four children and I will never forget the horror I went through while searching and asking people to help. Nobody has ever scolded me in that situation. Instead, I have experienced that angels came by to help just at the right time.