It could be so that many Kew Garden visitors choose to take a rest at this memorial bench without realising the meaning of it. 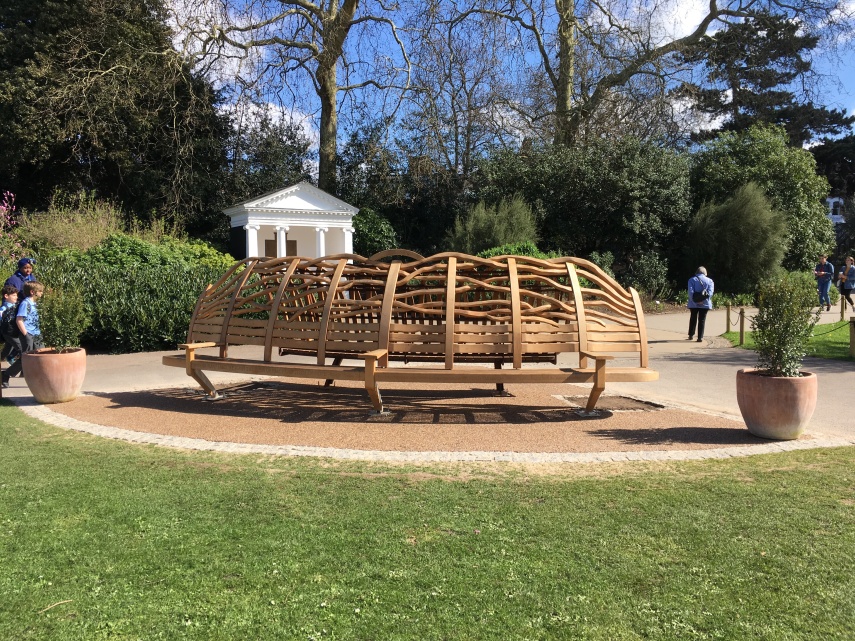 The Verdun Seat from the hope side 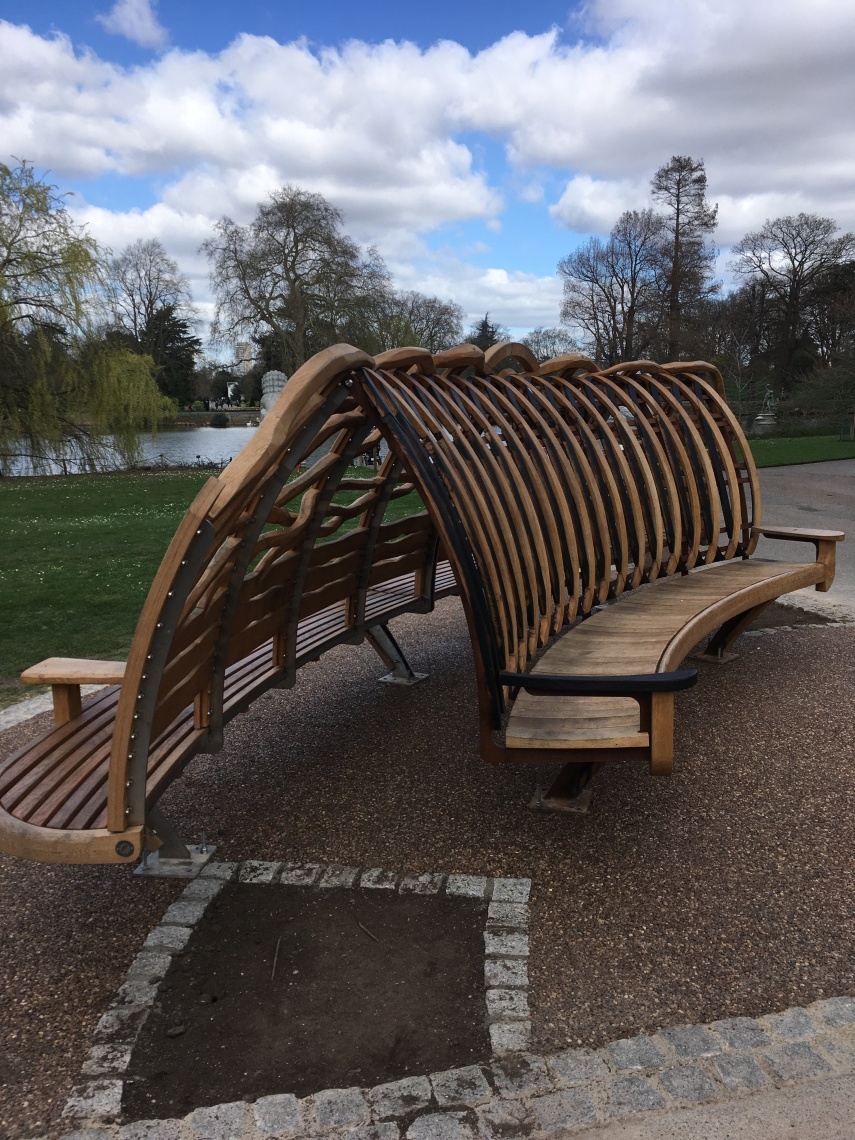 The Verdun Seat from the remembrance side

It immediately caught my eye as something extraordinary, and a carved inscription beneath the seat tells the story that the wood comes from an acorn found at the battlefield of Verdon in 1919 and planted in Kew Gardens. It grew up to become a huge tree.

The Battle of Verdun was one of the longest and deadliest battles of the First World War, lasting from February to December 1916, between French and German soldiers.

The wood is taken from that oak that was damaged in a storm in 2013 and made into this memorial for the First World War. The surface is smooth like silk and gave me a feeling of peace at the same time as it’s unique shape reminded me of barbed wire and war.

Inscriptions on both sides of the seat about the seat and part of a War Poem by Binyon, 1914. “For the Fallen”. 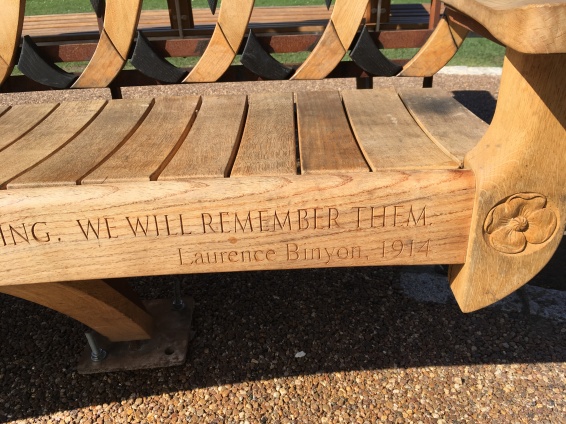 Part of a Poem by Laurence Binyon, 1914 “At the going down of the sun and in the morning We will remember them” 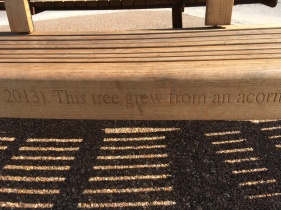 Inscription on the Memorial Seat at Kew Gardens 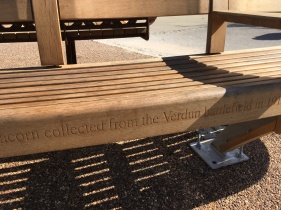 Inscription on the Memorial Seat 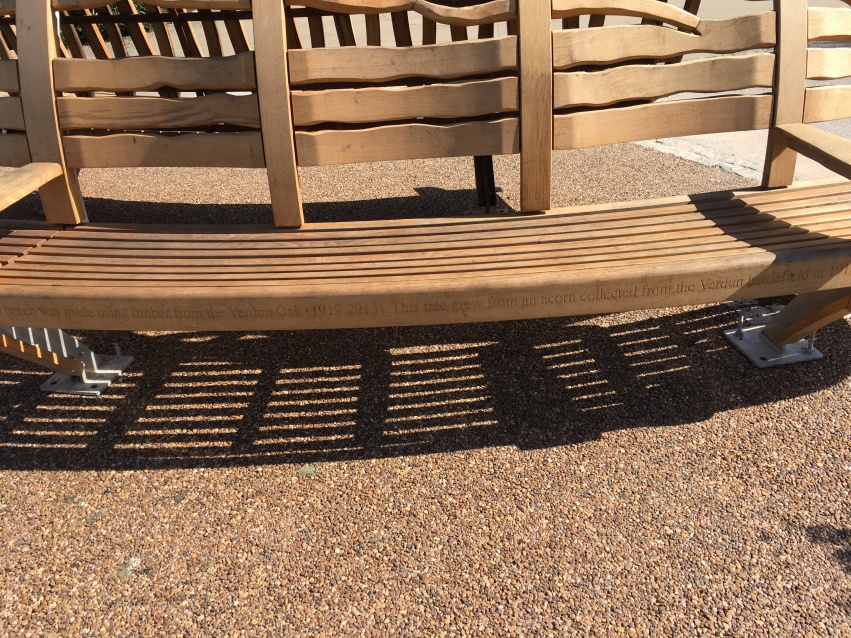 Inscription on the Memorial Seat

It’s situated close to the main entrance, so most visitors see it at once. Nearby another WWI and WWII Memorial commemorates the fallen soldiers connected to the Royal Parks. 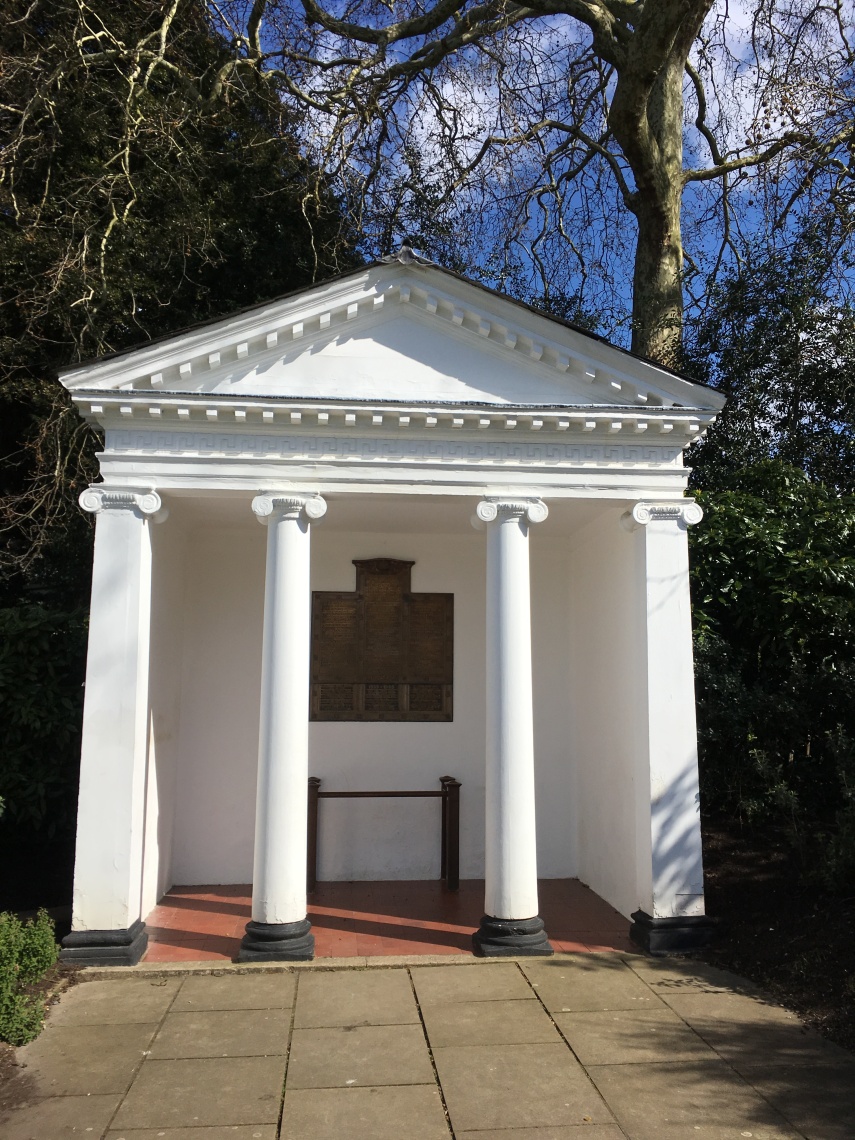 The WWI Memorial in Kew Gardens. Built as a Greek temple. 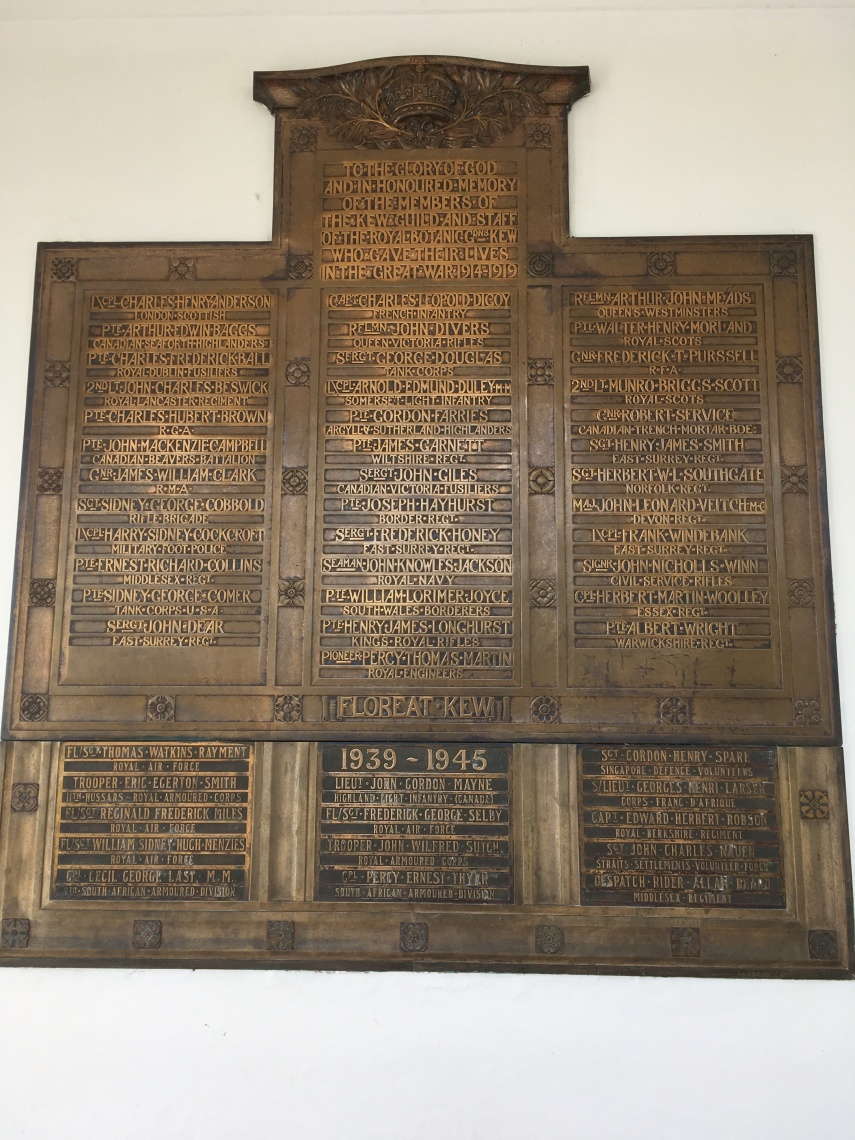 Many school classes visit the Kew Gardens, and I hope their teachers will tell the story of the WWI seat. 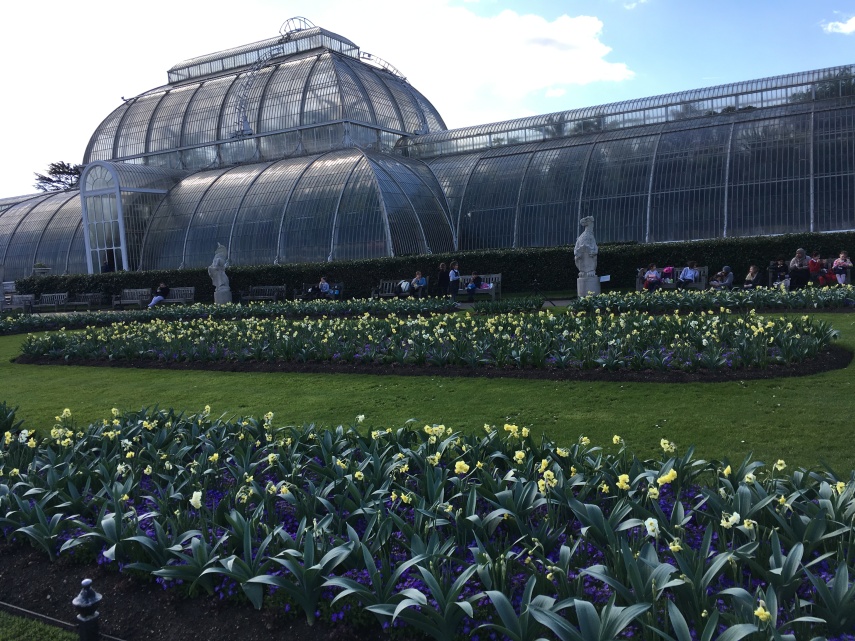