A story in a single image

Today’s assignment is to make a story from one picture given my our Word Press writing course staff. 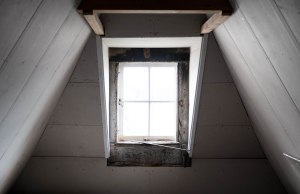 In Denmark most of our Jewish population of 7000 was saved from the Nazi persecution. All took place in a few days in October 1943, coincident with the Jewish holy festival Rosh Hashanah.

You can read more about it here from this link.

Eighty people from all societies were hiding at a church attic in Gilleleje a small fishing village at the cost close to Sweden. They were waiting to be helped to neutral Sweden by boat on the escape routes made available by the resistance helpers.

One of the boats with Jews

The Gestapo ( The German secret police) helped by Danish Nazis were chasing the Jews in the area and after 14-16 hours in darkness and cold temperature they were found and ordered down from the attic one by one and after interrogation those that were a hundred percent Jews were sent away to Theresienstadt KZ camp in outside of Prague.

I remember as a school child that I was very frightened to hear about this black chapter of history. How could anybody betray those people who waited in the dark to get away from the impending danger?

You can read more about it here.

The attic at Gilleleje church

I have written other posts on this issue on the resistance movement helping the Jews in the post “What Heroes are made of“http://mariaholm51.com/2014/09/29/what-heros-are-made-of/

Most of our deported Danish Jews were brought back to Denmark in the last month of the WWII by a coordinated effort in the so-called “White Busses”.

A Danish Jewish family called Fishermann was struck very hard. The father and one of his sons drowned in a boat unsuitable for sailing with people. Two of the siblings survived the boat trip to Sweden. The mother and the four youngest children were captured at home and sent to Theresienstadt and saved after one and a half year. They were taken home by the white buses. The mother got mentally ill as well of the youngest daughter.

Salle Fishermann is travelling around at schools and libraries telling his story from Theresienstadt and his brother who also survived that stay has written a book about it.

“To understand is not to forgive”