On the initiative of my fellow blogger TinyExpats, I will show you a place that I found many years ago. A small village outside Manchester called Worsley. Not far from that I stayed in Eccles in the outskirts of Manchester with a lovely English family, when I was nineteen years old. I was treated like their daughter. 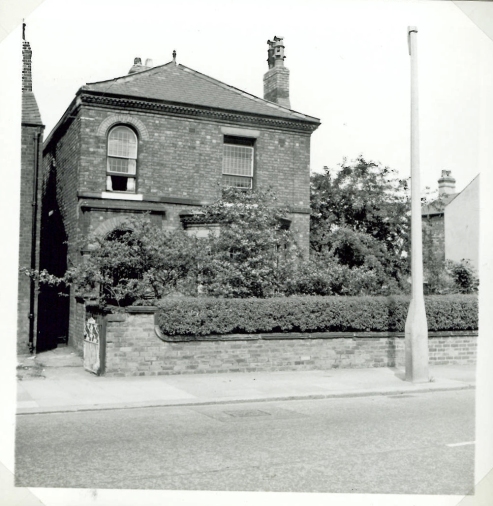 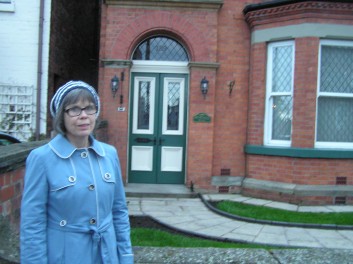 Sentimental journey in 2010 after Josey’s death

Worsley and the Canal

Little did I know that I would suffer a lot from being homesick not having prepared my self for living away from especially my mother. Writing letters helped me to cope with this period of transition in my youth.

A House in Worsley with a mailbox

I was used to going very much out on my bicycle as that was a convenient means of transportation in Denmark as it is now.

That would have been very dangerous around Manchester, so instead, I walked when I was free from my job as a waitress in a Danish restaurant in Dean’s gate in the centre of Manchester.

June 15, 1996, the IRA bombed Coronation Street in the central Manchester and ruined a huge part of the infrastructure. Coming back to visit I couldn’t find the exact place of the Danish Food Centre. In spite of the tragedy of the bombing, Manchester City looks nicer and much cleaner than in 1970. 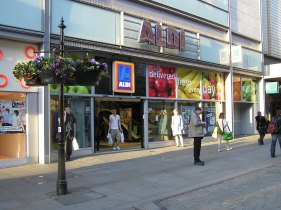 What I believe was my work place in Deansgate

The famous Tudor public houses at Shambles Sq. in Manchester. Moved up a little from their original place 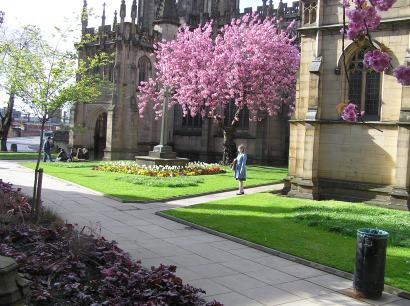 The Central Library in Manchester

Just a few weeks before I went back home I discovered this little pearl of a place or a wonderland of beauty, and I nearly regretted that I had decided to give in for the home-sickness. Linked to this was that I for the first time during my stay met an English girl, who I liked to talk with. She lived on the way to this Worsley.

A Tudor house in Worsley

The bus stop at the round about in Monton

Worsley and the Bridgewater Canal

The Tutor style houses in Worsley are situated along the canal that goes right into Manchester.

Many years after in 2002 I visited the place with my husband and mother and her good friend Josey through at least sixty years. She told us that the Bridgewater Canal was dug out and in that way gave birth to the industrial age where Manchester had played a huge role as we had learnt in school. Coal was thus transported in massive amounts. 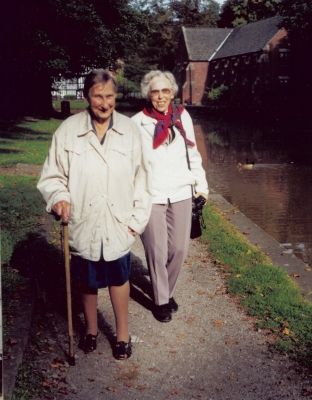 The last time Josey and my mother Ruth in 2002 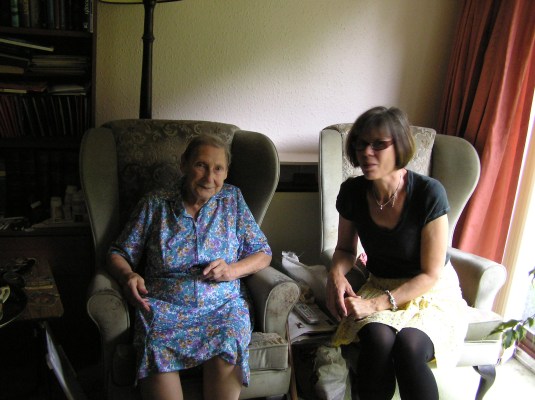 Seeing the place again 32 years after brought those vivid memories back of being young and not knowing what to do with your life yet realising that childhood is forever behind you.