I am drawn to memorials as they always tell a story of tragedy or victory. This one in Boston has both elements as an overwhelming tragedy ended with some resilient Irish people came out victoriously in spite of rejection. Hunger and extreme poverty are difficult to handle for bystanders. How often do I pass a homeless person?

President John F. Kennedy was a descendant of these immigrants.

1845-1850 a virulent fungus devastated the potato crop in Ireland. One million Irish starved to death. At the same time, the British government allowed tons of grain to be exported from Ireland.

In 1847 citizens of Boston sent a ship with 800 tons of food and other supplies to Ireland for what they were eternally thankful. The same year 37.000 Irish refugees arrived in Boston. They were not highly regarded, and many died of diseases and lack of everything. I remember in Edinburgh Scottland a guide told us that some of the poor Irish people were fooled to get off the boats in Scotland believing they had arrived in the United States. They were so destitute that they had to live under the bridges in Edinburgh. 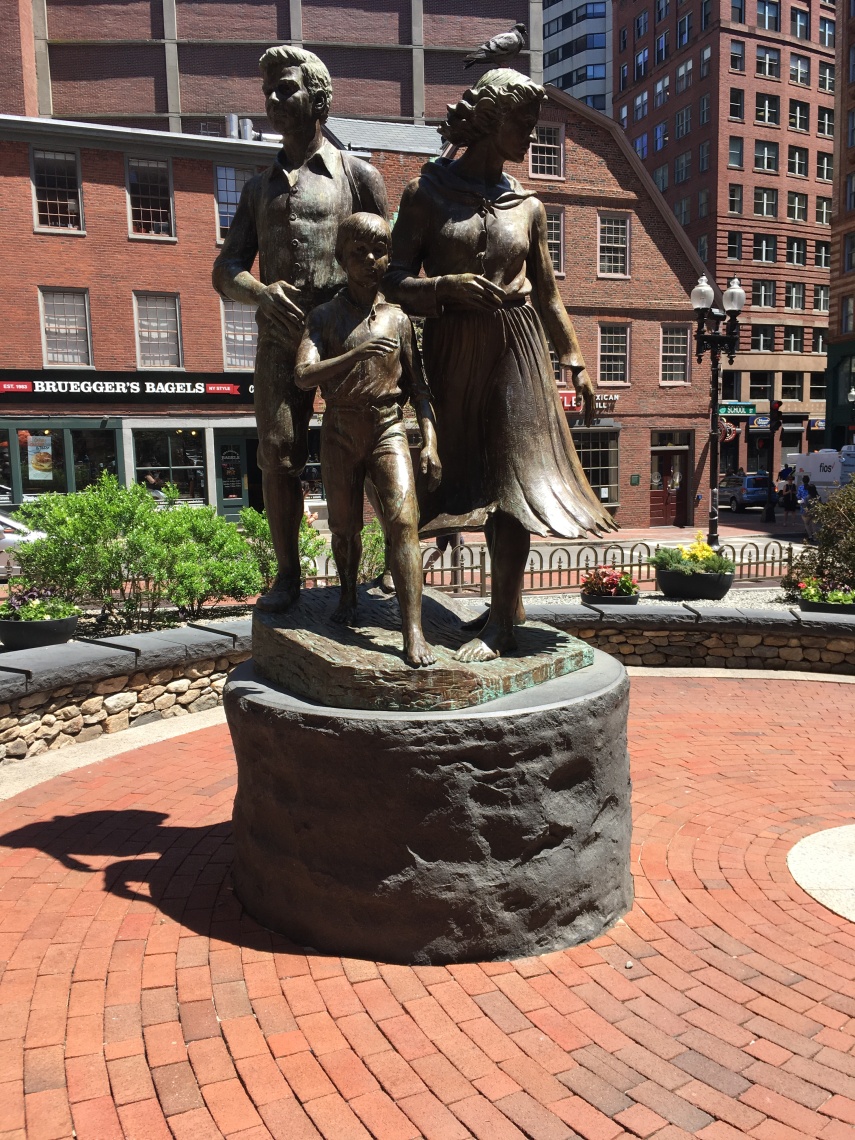 The Irish Famine 1845-50. The strongest of the surviving Irish people rose victoriously