The Thorvaldsen’s The oldest museum (1848) in Denmark.

Sculpture in marble of Bertel Thorvaldsen and by B.T.

He spent most of his working years in Rome and became a famous sculptor. The thirty years younger H.C. Andersen visited him more than once, and they became friends. Thorvaldsen’s sculptures are spread about in museums in different countries and to honour the artist, he accepted a building being made in Copenhagen for his art. He is buried in the courtyard of the building situated close to our parliament in central Copenhagen.

Sculpture in a plaster cast of Lord Byron by Bertel Thorvaldsen. The marble original is in The Courtauld Institute in London 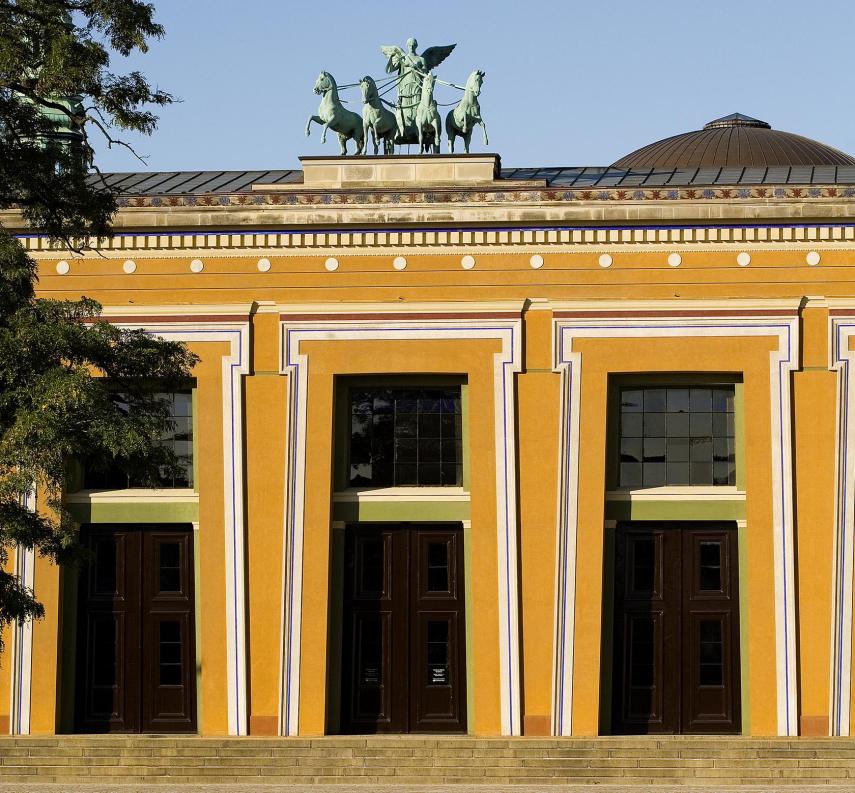 Part of the front of Thorvaldsens’ Museum in Copenhagen. Courtesy The Museum’s Home Page 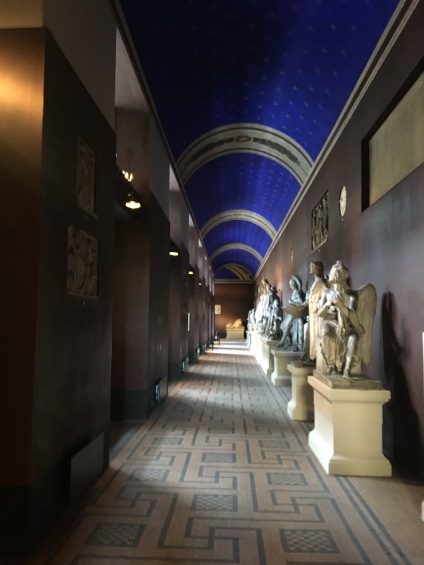 Some of the twelve apostles in plaster casts

Many of the sculptures are dark and fragile as they are the original models in the plaster cast for carving in marble later on.

Most of Thorvaldsen’s art was inspired by Greek mythology. He never had much schooling or general education so he must have become acquainted with that later in his life. As I understand it artists used Greek mythology to express otherwise censored feelings and subjects.

As a child living in the outskirts of Copenhagen, my mother a few times a year took my brother and me to Copenhagen to buy new clothes, and after that task was done, we went to a museum before returning home by train.

Thorvaldsen’s Museum was one of the places we went to.  After not having seen the museum for many years, I tried to recall what I felt about it so many years ago. It’s formed in a square like a Greek temple, and then, as a child, I thought it was huge, which I now see it’s not.

These two reliefs on the Day and the Night are also seen in Mendelsohn’s House in Leipzig in Germany. They are created in 1815 when Thorvaldsen had lost a five-year-old son.

The Day in marble by Thorvaldsen

The Night in marble by Thorvaldsen