Treatment for Tuberculosis at the Sanatorium in Kolding, Denmark

Last week, I showed you the stately building of the children’s tuberculosis sanatorium. Today’s post is on the treatment or cure at the same place during the years of operation from 1911-1959. The old photos are from a brochure on the subject from the Danish Museum for Nursing History. The last one is from a visit to the museum. 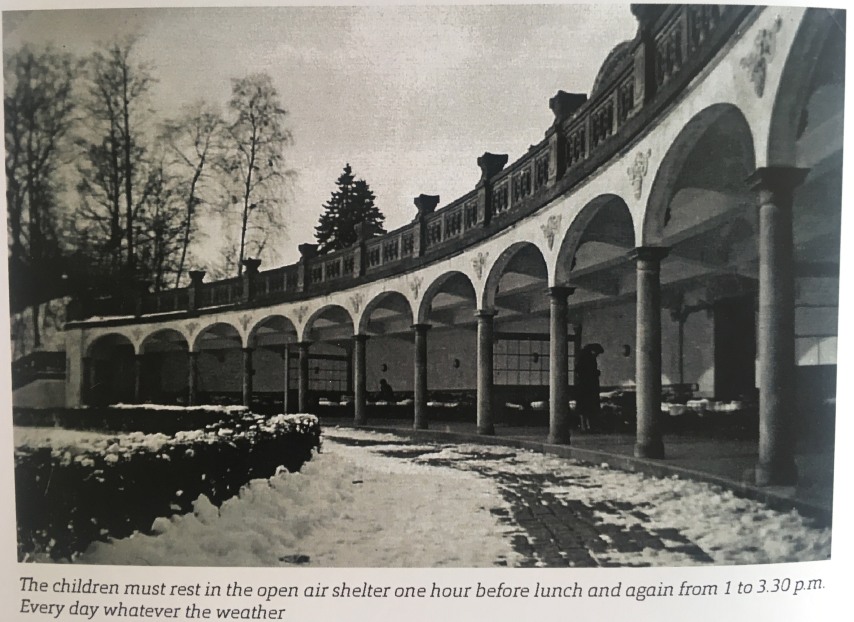 The children had to rest outside every day twice a day. 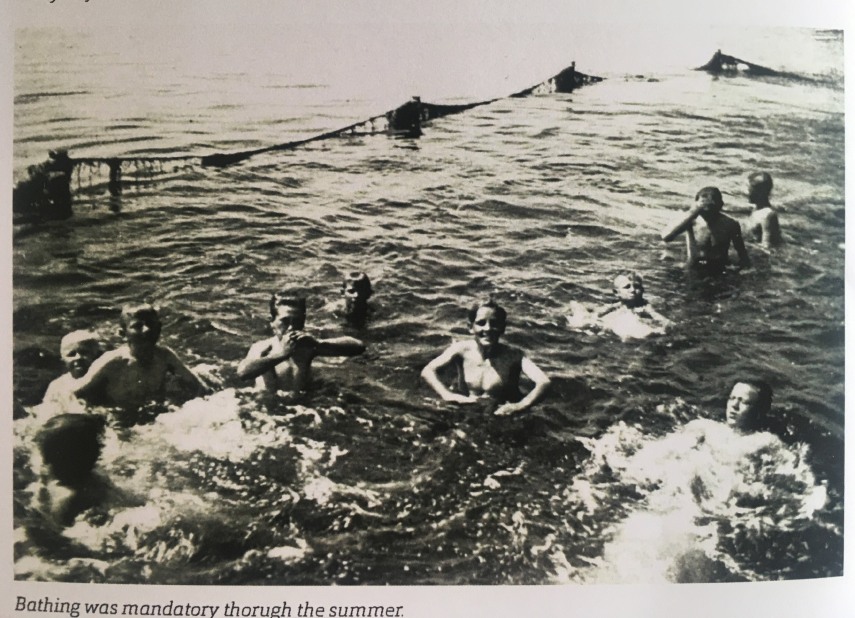 Mandatory bathing during the summer for the patients 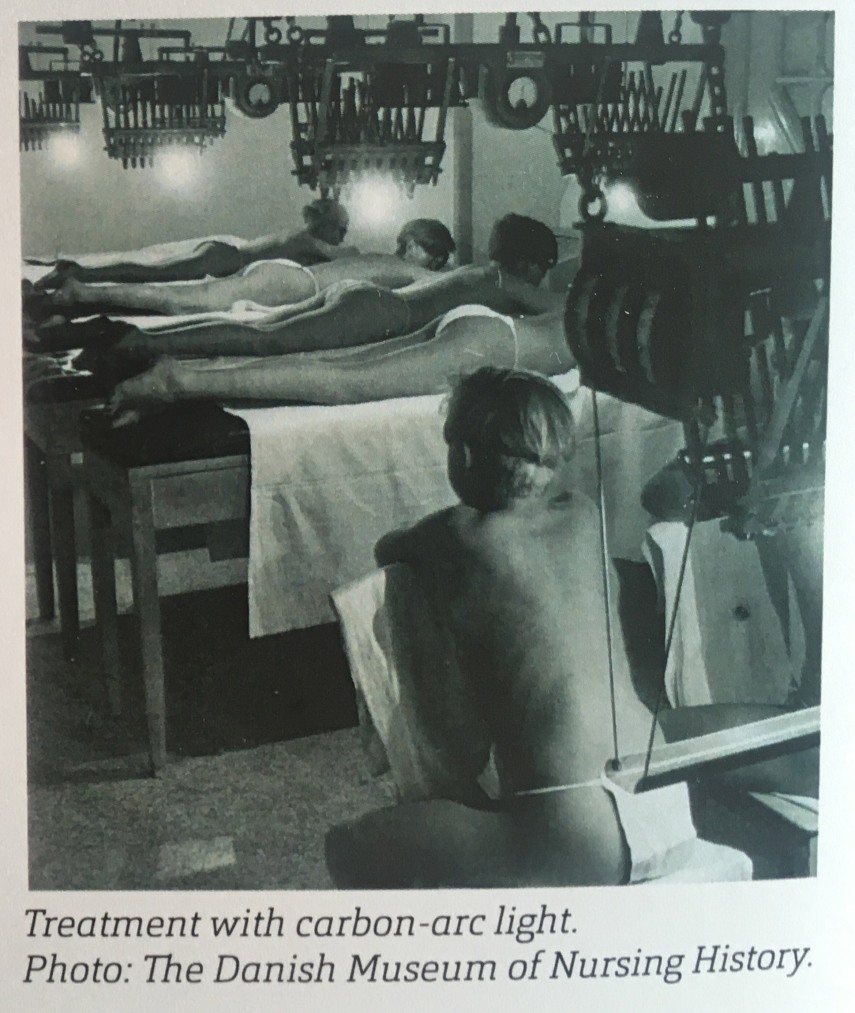 Some children were hospitalised for a year or more with little or no visits from their family. At the time, the emotional trauma of being separated was not in focus. Everybody believed that the professional staff were sufficient for healing. Considerable efforts were made at the sanatorium to celebrate birthdays and holidays, but the loneliness must have been a familiar feeling for most children at the ward. 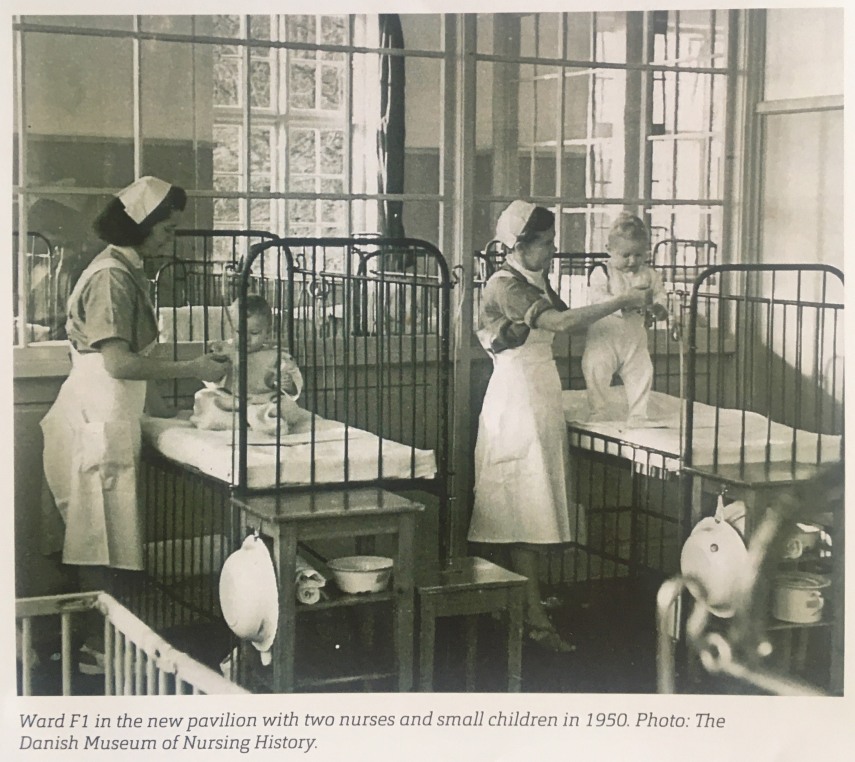 The ward for the smallest patients at Kolding Fjord Sanatorium. Photo Danish Museum of Nursing History 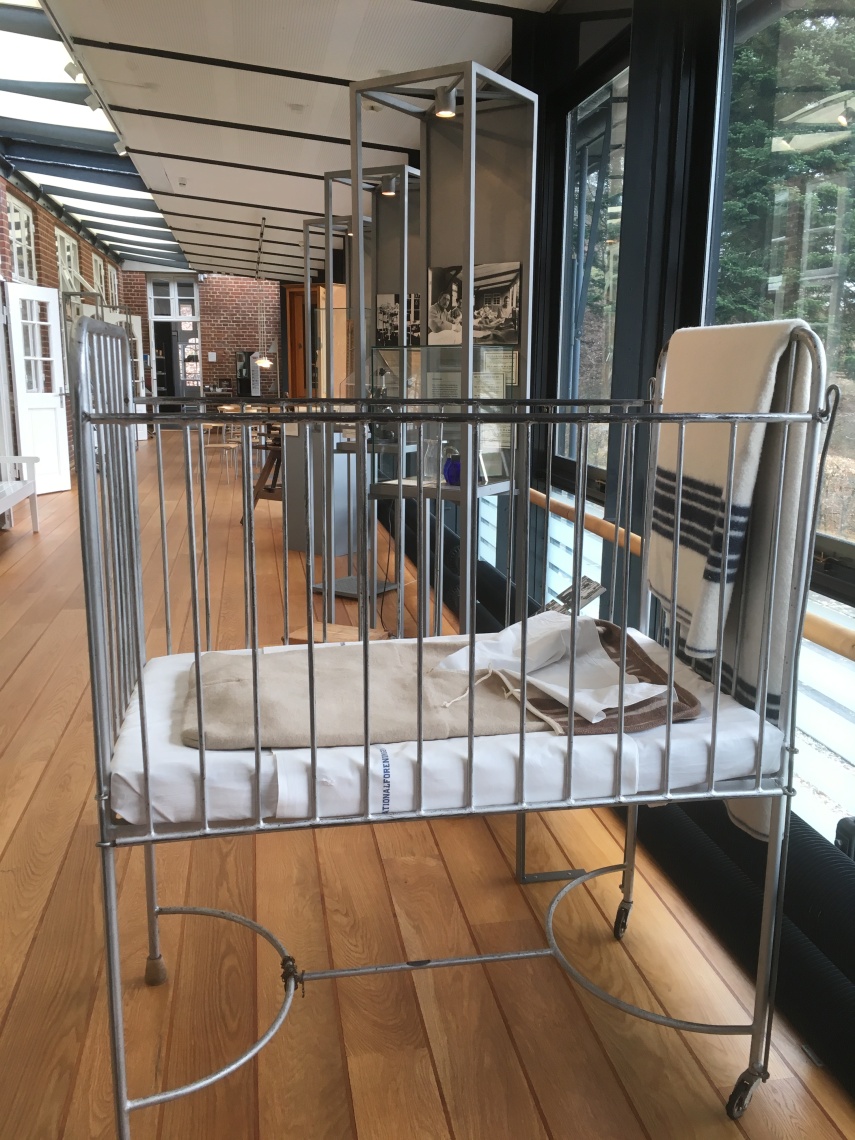 Today a museum of nursing. Then, a pavilion for the youngest of the TB patients.

After WWII, mostly Greenlandic children were treated at the hospital, and they suffered even more as they have a different language and were very far from home.