Keep Calm and Carry on!

In response to The Daily Post’s writing prompt: “By Heart.”

This quote or poem by Churchill helped me immensely in a tough time a few years ago. I felt very intimidated and misunderstood by a boss at my job over some years in fact, and at the height of the crisis, I had a Half Marathon in London. I managed that even without sleep for days.

Looking over the Thames at Millbank. View from Tate Gallery London

I have my routine in London of going to the same places that I love. One of them is Tate Gallery a beautiful art gallery based on Turner’s paintings from the Romantic period. I found the museum first time when I was 20 years old and visiting London alone and with very little money.

In their museum shop, I found a little book with the quote on it. It was before it went viral in all its varieties.  In the book, I wrote down words of comfort, mostly from the bible and the words became very personal and were like anchors to life, feeling I was losing hold of it.

The notebook from the Museum’s shop in Tate Gallery 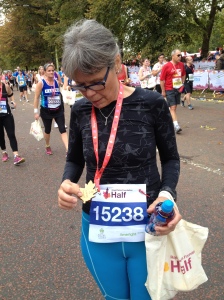 The Royal Park Foundation’s Half Marathon 2014 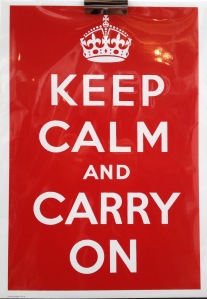