4 May 1945 at 8.35 p.m. was the moment where the message from the Free London Press was read aloud in the Danish radios. Those who lived and heard it will never forget and we who were born in the years afterwards still become very moved when listening to that speaker’s voice.

He was suddenly interrupted as the message from Montgomery came five minutes’ into the broadcast. You hear the noise in the background as the German occupiers wanted to quench the radio broadcasts from London. It was strictly forbidden to listen.  A transcript in Danish is seen underneath :

The message can be heard here

Those who had waited for this moment ran out in the streets to celebrate. Those who had been on the wrong side of the war hid, I suppose. My mother was one of those who celebrated and left her teaching to find her brother and friends in Copenhagen.

My father always had mixed feelings, but only because he as a security guard had to help injured people who had been running over by cars. Nobody had been able to drive vehicles in five years so that beautiful May-day in 1945 cost a lot of deaths and injury.

As soon as the message was heard and spread. The hated black curtains were torn down and burnt in gardens and streets. People began to light up candles in the windows. The custom is still alive, but fewer know about it or cherish the liberty we got that day.

I remember the sweet feeling of excitement when we as children saw our mother put candles on sticks and light them in the windows at the same time when the freedom message came out. I did it my self even during my five years in Sweden knowing that nobody there knew what that was about. They had been “Neutral” during WWII though being neutral means that you stand with the oppressor. 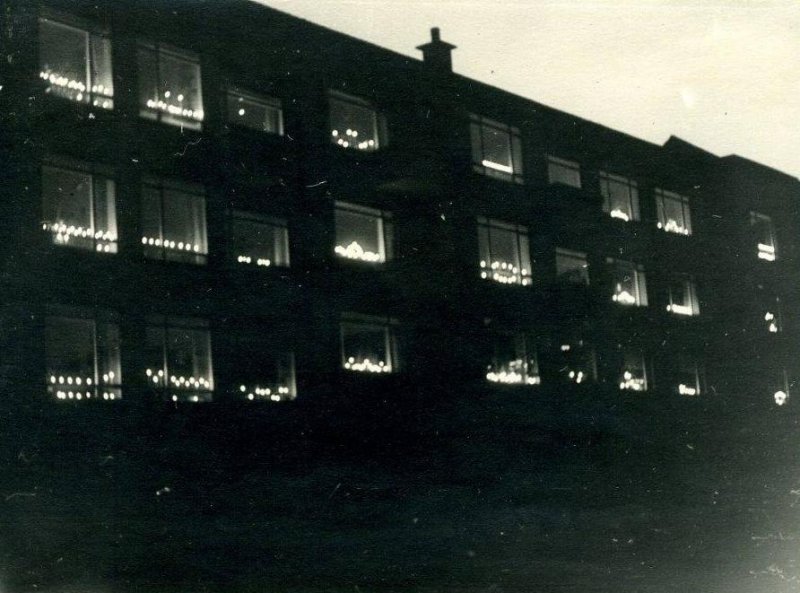 Here you can see a short video of Marshall Montgomery’s reception in Copenhagen on 12 May 1945.

Photos from 50th years celebration at the mail services of Montgomery in Copenhagen and from Danish newspapers at the time.

From our time in a News Paper