I wrote about how my grandparents met as a result of a contact ad in a Newspaper in 1919. The post is called Serially Lost- Part Three.

I would like to show you a little more about this fountain. It has changed its appearance over time, but it is still there today

It was put up in 1904 at the new Town Hall Square without the water basin around it. 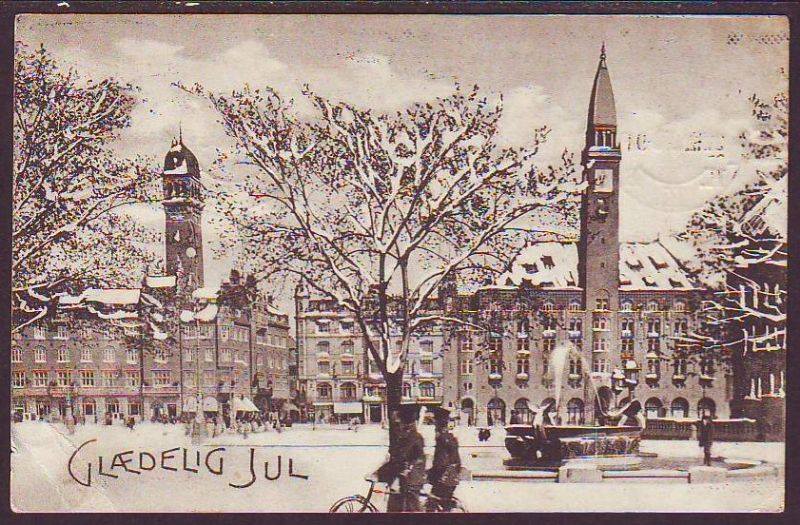 In 1908 the water basin was added to the enjoyment of the many children in Copenhagen. Removed again in 1954 as the Hans Christian Andersen’s Boulevard was widened.

From the start of the Fountain 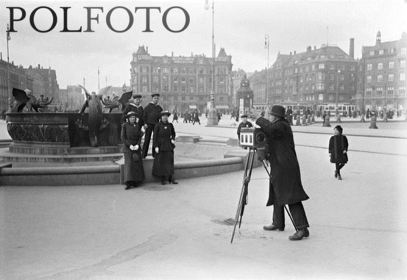 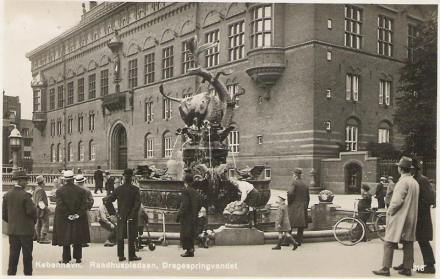 People’s wit gave it the name “The Spittoon” so in 1923 a bullfighting a big snake or dragon was put on the top. 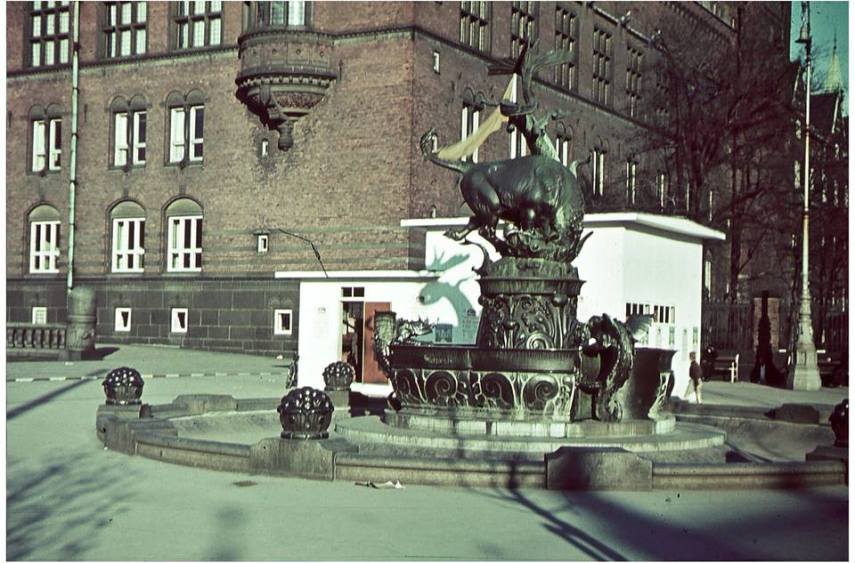 Belongs to the Danish Museum of Freedom photo from 1941

In 1954 the Hans Christian Andersen’s Boulevard was widened so much that they had to move the fountain and get rid of the outer water basin. That gives it a somewhat awkward look and is hardly seen by others than keen Asian tourists taking photos of everything. A Metro station is being built at the Square, and it is hoped that somehow the fountain could be replaced and regain its former basin for the joy of generations to come.