A Romance a Hundred Years ago

I am very thankful that my grandparents met each other in August 1919. We know because Emry, my maternal grandfather wrote his memoirs, where he described his desperate situation. His first wife had died in the Spanish flu shortly after their newborn son had passed away.

Emry had anxiety attacks and thought he had heart failure. He needed to find someone to take care of him and his little three-year-old adopted daughter.

My grandfather consulted a heart doctor in Copenhagen, who assured him that his heart was doing fine. He then took the chance to contact Asta, my grandmother, who worked as an assistant to a wholesale dealer in central Copenhagen. He had been reluctant to write to Asta because she admitted that she wasn’t too skilled in cooking, but she wanted to learn. She had worked long hours in a manufacturing shop where she was educated but had to stop due to a bleeding stomach ulcer when she was 25 years old. At their first meeting, she was 29, and he was 38. 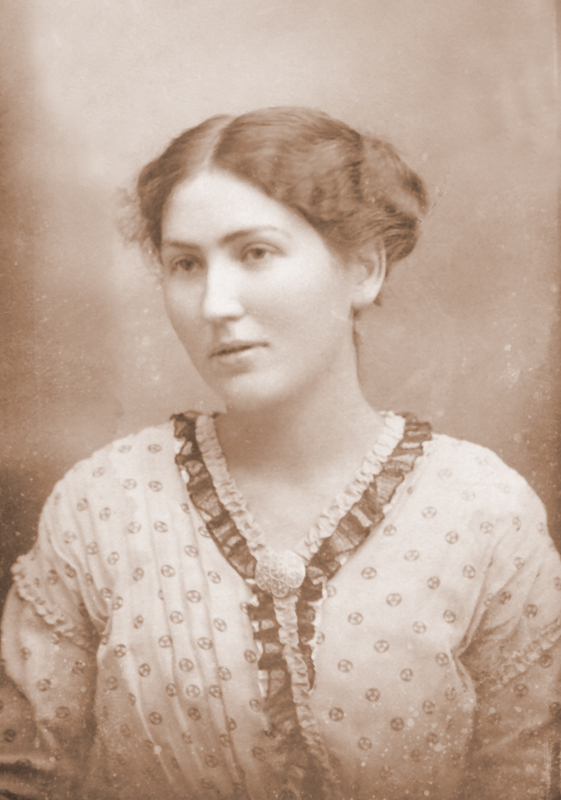 My grandmother Asta before she met Emry. It could be the photo she sent as her answer to his advertisement

They soon fell in love from the time they met at the Dragon Fountain at the new Townhall Square. At least I have a box full of letters from Asta to Emry that documents that they wrote nearly every day and soon prepared for their wedding. They went by train to visit each other on weekends, and the travel would take two hours each way. 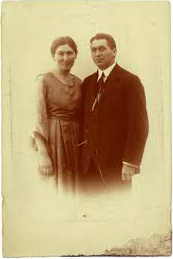 From my grandparent’s engagement 1919

This autumn a new metro circle line opens in Copenhagen. One of the stations will be at the Townhall Square. I sincerely hope that the Dragon Fountain will be renovated to it’s former much more beautiful look. If so, I could add some lovely photos of the present time. 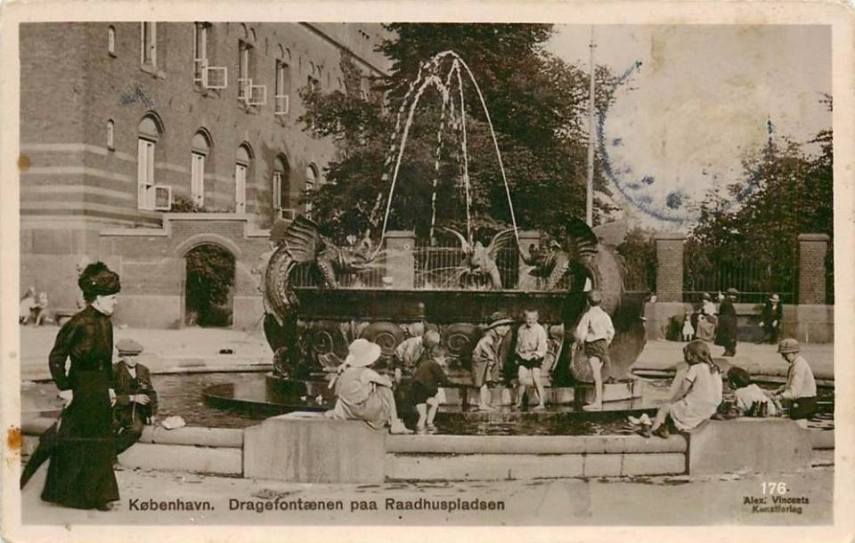 The Dragon Fountain at the Townhall Square in Copenhagen. A summer day 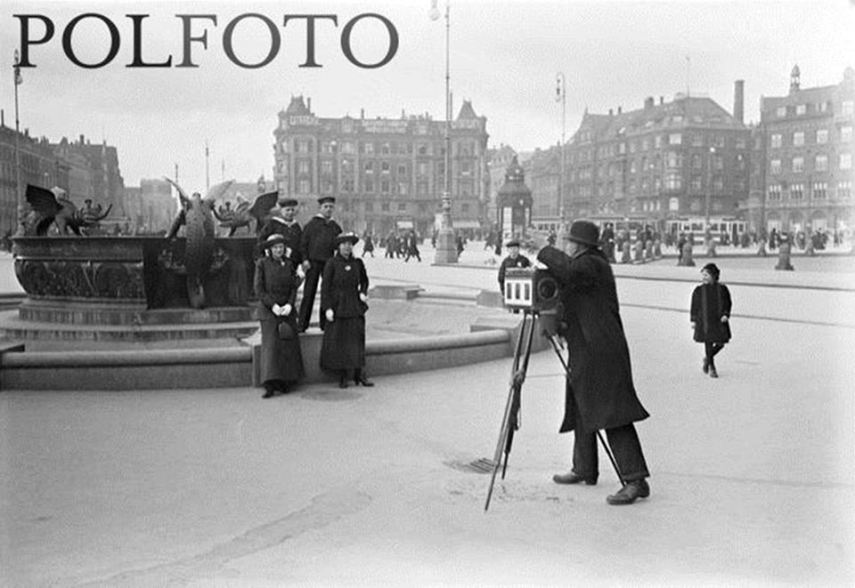 The Dragon Fountain at the Townhall Square in Copenhagen. A winter day

I am glad that my grandfather put an advertisement in a newspaper to find a future wife and for my grandmother reacting positively to it.

Asta moved from the centre of Copenhagen to Holbaek a province town to become the wife of Emry, a schoolteacher and a parish clerk. She enjoyed the busy life with children and many friends and should have stayed there after my grandfather’s death in 1957. 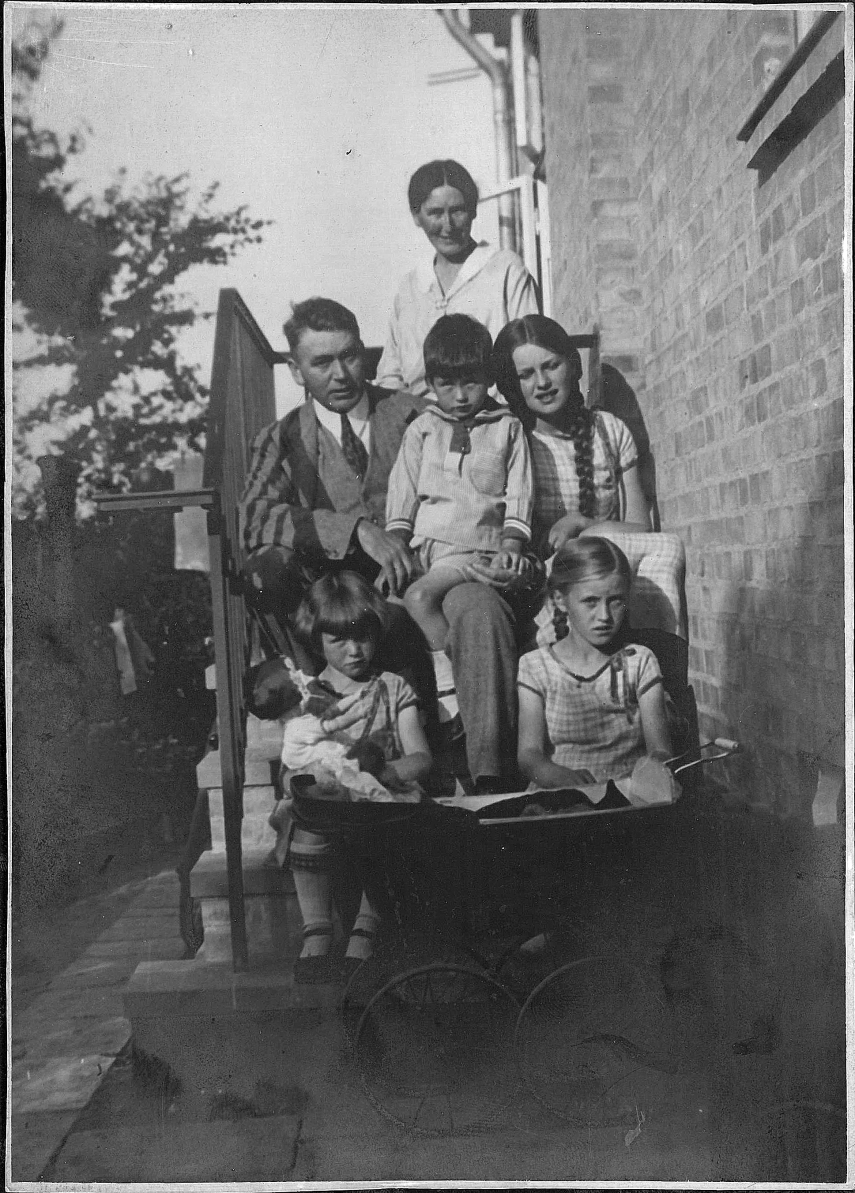 My grandparents and their four children in Holbaek 1929. My mother with the doll

She moved closer to her children but lost her big circle of friends she had been a part of for so many years.

The early memories I have from visiting their house in Holbaek come in another post.