Without really being conscious about it I realise that I like the form and colour  of the old cast iron post boxes. During the times I have been on holiday in England I tend to have pictures taken on them and they remind me of my youth where I stayed in Manchester and wrote letters every other day and were glad they were emptied so often. We were not using phone calls as that was very expensive and too emotional. We didn’t have any social medias or the internet. 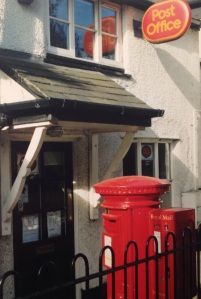 A pillar box with two apertures in Monton, Eccles Manchester

One so-called Pillar Box has a special story. It was the only thing that remained unharmed at the IRA bombing at the Arndale Shopping Centre in Manchester in 1996. I was looking for it the other day, but it is covered while road reconstruction is being done. The Victorian Pillar Box is from 1886. Very solid indeed.

From Wikipedia the Pillar box that survived the bombing 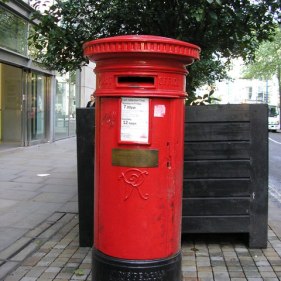 You see also Post Boxes from the Victorian times as Wall Boxes. It is shown in one of Beatrix Potters lovely stories for children (and adults). It was cheaper to make them as wall boxes. 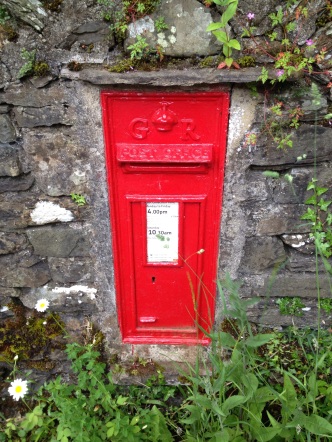 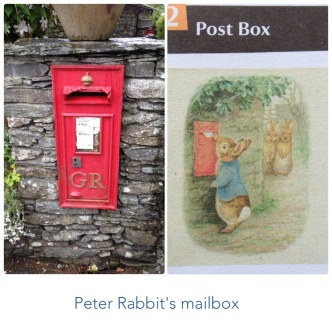 This one I found at a small village also in the Lake District. It seemed that it was emptied twice a day which is unheard of in Scandinavia.