Tell us about a time when a piece of music moved you.

“After silence, that which comes nearest to expressing the inexpressible is music.”
― Aldous Huxley, Music at Night and Other Essays

When I was a child in the fifties, I was put to bed very early at nights. Our parents were very strict on that, and there were no exceptions. The television had not yet entered our home, but we had, of course, a radio and a gramophone player. My love for classical music was awakened, when from a distance, I could hear what showed up to be Schubert’s eight’s Symphony or Beethoven’s Violin Concerto. One piece by a Danish Romantic dance composer called H.C. Lumbye called “Dream Fantasy” still gives me chills and an immediate flashback to my room hearing that today. I found it on YouTube from Tivoli’s Philharmonic Orchestra in 1946. It’s a piece where many phases of a dream are expressed, and one of the melodies is an adorable one that goes to the heart. The harp is playing the theme of this particular part, and it’s very melodic, and you can sing it. It reminds me of the lullaby played for babies from a mobile toy.  If it’s played on the radio while I drive I probably have to pull into the side and just breathe deeply and listen while this is performed. Also when I hear the other pieces by Beethoven and Schubert, I get the same feeling of being that little girl listening in the dark and wanting to be able to decide for my self to get up and hear it all.

I was not conscious of my love and need for classical music when I grew up. But this love was awakened suddenly one evening in 1968 when I was at College (we call it gymnasium) preparing for the university. I was singing in a school choir, and after the performance was over, I walked through the empty hall of a school where the concert was held. We were two school choirs and some song soloists, who later became famous, and a small orchestra from the orchestra in Tivoli.

From the grand piano came sounds from another world. Like pearls running up and down on a string. A young man sat playing something I didn’t know at that time, but I felt so attracted to it and to him. 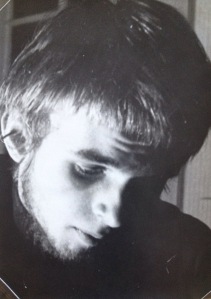 I happened to meet the piano player later at a school ball, and he told me, that it was a piece by the French composer Debussy called “Arabesque #1” from Image. I have it on my iPhone today, and I can’t hear it without having my thoughts going to that empty hall and Stefan playing. I think he sat with his winter coat on. We became very close friends, and Stefan taught me to read a score and to listen to and appreciate many composers from different time periods. He was studying at the Royal Danish Conservatoire having left college after one year to focus on the music. Many of his contemporary students have had positions in the best orchestras here in Denmark. 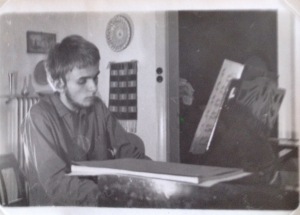 We have lost contact, but I know that he lives in the United States and when my mother died 7 years ago I felt a need to tell him and his Danish family helped me to find the email. My mother liked him very much, and I could close the chapter. He answered saying that my mother was an extraordinary lovely person and that I should carry on with my love for classical music. 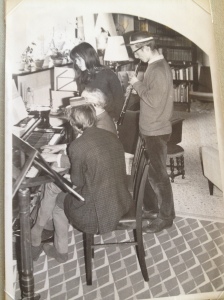 I sing, and my old teacher plays piano at his 60 birthday surrounded by my friends

My love for classical music is growing daily, and I expand on the many pieces and genres. Chamber music and Baroque and renaissance music have become my new favourites.

Schubert’s last work was a string quintet in C major was written a few weeks before he died only 31 years old is one of my new favourites. The music is tragically beautiful.

The emotional centre of gravity is the Adagio, a desperately poignant valedictory statement which seems to hover between two worlds. “The Rough Guide to Classical Music”