Botticelli Reimagined at the V&A

If we were having coffee I would tell you that I got inspired to write this post because I found extra postcards form the V&A museum that I gave to a an American guest who came to us this week. She shares the same great grand father as my husband and came to go back to her roots here in Denmark. She also happened to like Botticelli. Soon I will write about her enthusiastic interest for her family roots here in Denmark. A real joy to follow. 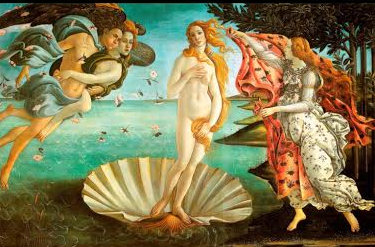 The Birth of Venus by Botticelli, from the V& A brochure on the exhibition

This spring  and summer they have a special exhibition at the V&A museum in London on the influence of Botticelli on artists through time.

Sandro Botticelli (1445-1510) is recognised as one of the greatest artists of his time. His celebrated images re firmly embedded in public consciousness and his influence permeates art, design, fashion and film. However, although lauded in his lifetime, Botticelli was largely forgotten for more than 3oo hundred years until his work was progressively rediscovered in the 19th century. (Quote from the V&A museum’s page)

His most famous paintings Prima Vera and The birth of Venus, (both in Florence) were not at the V&A, but works by others influenced by these were shown. I bought two postcards that show the link to the birth of Venus. 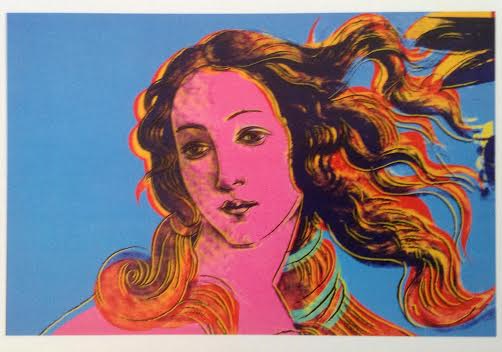 The Pre-Raphaelites’ were influenced by his style too both the way women were painted and the rich ornamentations like fruits and flowers. See my other post on this “The Joy of the Free Museums in London”

I really would like to go to Florence to see the paintings of Botticelli. If any of you have been there I would like to hear about it.