Some families seem to be able to produce so much talent in generations. One of those families is the Skovgaard family. In Viborg Cathedral, you can see frescos made by Joakim Skovgaard (1856-1933). The decoration in the church is one of the hugest church works in Denmark. 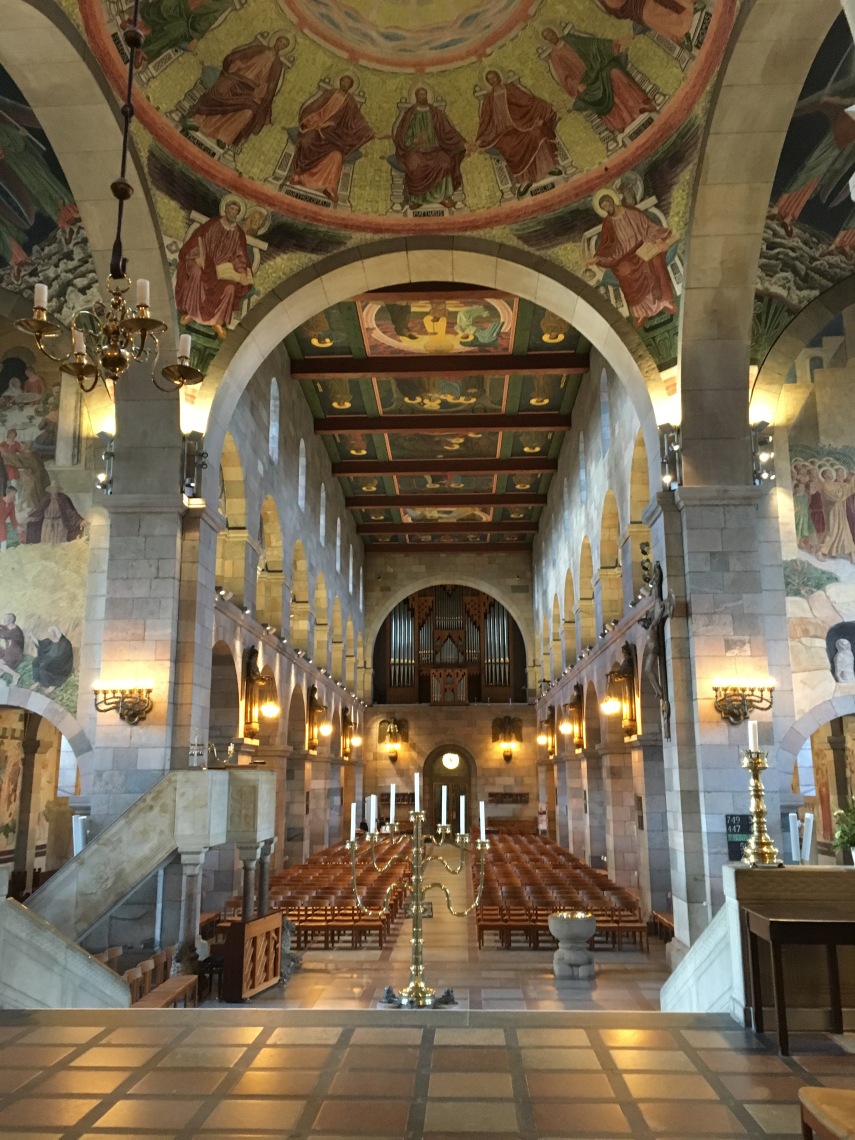 A view into Viborg Cathedral with Joakim Skovgaard frescos and paintings 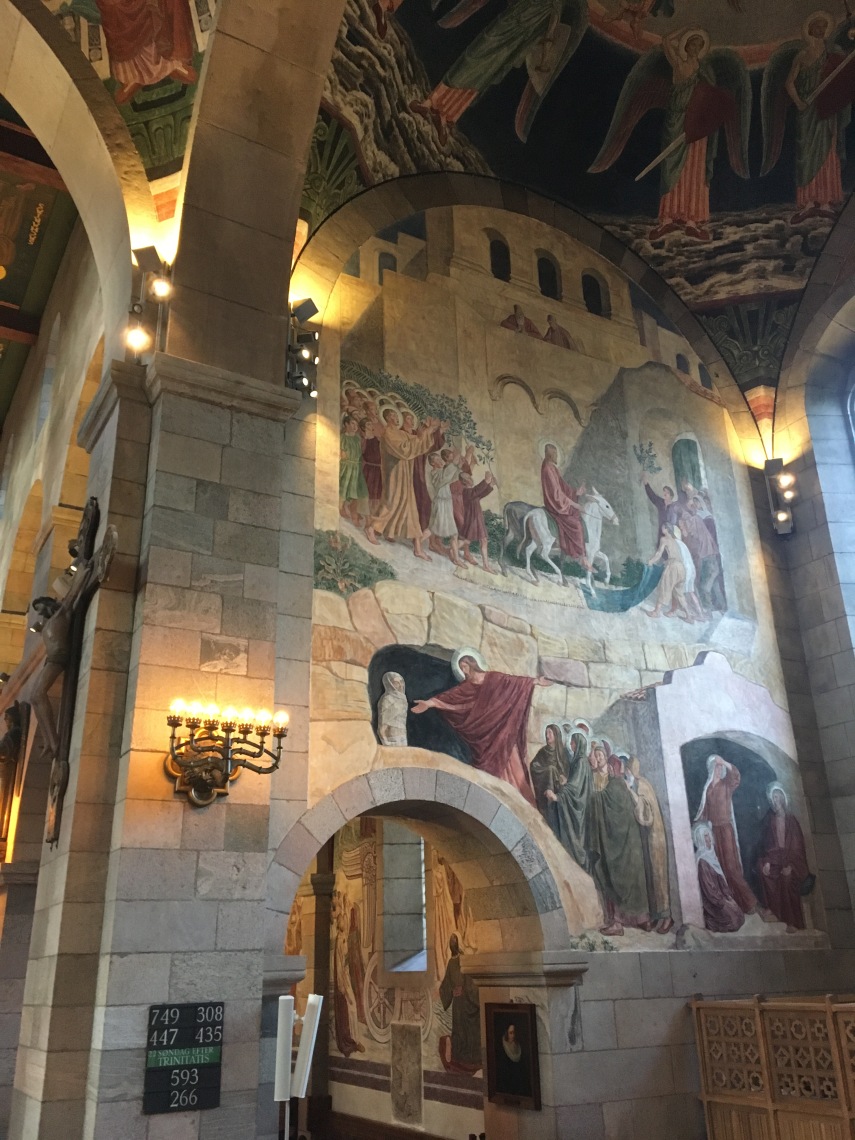 In my childhood, before I could read, I often looked at his sketches in my parent’s book of the motives used for the church frescos. They were dramatic, and I was afraid of the sight of the drowning people at the sin flood. By looking at the page in the scetch book, I observed Adam and Eve being driven out of Eden thinking about the severe consequences of our actions can have.

At his time, Joakim was more famous than his brother Niels (1858-1938), who is now having a renaissance. Both of them travelled abroad to learn from other artists and explore motives and light in other countries.

Some of Joakim Skovgaard’s works

Their sister Susette 1863-1937, could not as a woman attend the art Academy as her brothers but took private lessons in painting. 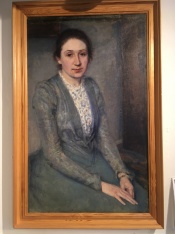 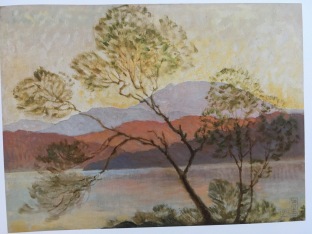 Susette was five years old when her mother died and twelve years old when her father passed away. The brothers stayed in the house with a painter who lived there and Susette moved across the street to friends of the family where Hans Christian Andersen often visited to entertain the children.

Niels Skovgaard, View over the sea in Jutland, Denmark, 1894. He was inspired by the Impressionists

In their childhood, all three Skovgaard siblings also got training by their father P.C. Skovgaard (1817-1875), who was famous in the so-called “Golden Age” of Romanticism. He mostly painted landscapes. His faith in God and in our National State of Denmark shines through his works.

When the Skovgaard siblings were still children, they lost their mother during the birth of a stillborn child. In a letter on display at the museum, a relative described the last hours before she died. The family had a strong faith in God during this enormous loss. 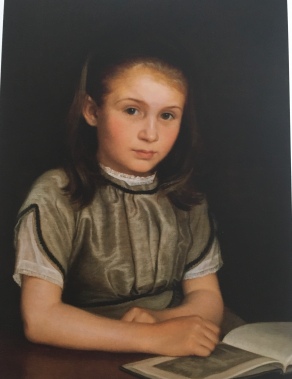 Their father P.C. Skovgaard painted the children a few years after their mother’s death. P.C. Skovgaard lived in a time of Nationalism where Denmark and other countries strived to get away from the total power of the king and gain independence. He was among famous artists and thinkers who fought for this cause and his he painted Danish landscapes to illustrate the beauty of green beech trees like a metaphor of our nationality. Inspired by other revolutions, we got our Constitution in 1849. Our transition from absolute monarchy was peaceful as it is said about our national character that the intervals between our meals are too short of making a revolution.

I am impressed that they all managed so well in their life. They were skilled artists, and Joakim and Niels raised large families. They, like their father before them, were friends with thinkers and artists of their time. One of them was Thorvald Bindesbøll who performed in clay and sculpture and silver, was inspired by the English Beaux-Arts. All three siblings made art of pottery for decoration and use in households as well of paintings.

A silver vase by Bindesbøll

Joakim Skovgaard. 1886, a ploughman, horses and seagulls on pottery

In Viborg, since 1937 the old town Hall is the Skovgaard Museum. The museum is situated at the same square as the Cathedral with the eighty-four biblical frescos created by Joakim Skovggard.

Part of the Skovgaard Museum in Viborg

For more information on the museum, please visit the link above.