Dreaming of a Trip to the Eastern States of America

In front of me, I have two large travel brochures on the USA and an old map from the 1980s. My husband and I can spend about three to four weeks in June and July. We have family in Fairfax Virginia to visit as well as our lovely blogging friend Paula Pederson who will be in Maine. That’s the two fixed places to stay.

The question is how much more can I manage to see without spoiling the experience with too much travel.

I am very interested in American history, the Founding Fathers, The Declaration of Independence, The Constitution, The Civil War and the Pilgrims.

I know I will be overwhelmed by the size of the USA as Denmark is so small in comparison.

We could fly to Boston and as Paula says to take an express bus to Portland and stay nearby our lovely new friends in Maine for some days. We know through Paula’s father’s story. He was a famous builder of Seattle at the beginning of the 1900s.  We already met last year in California, but we would like to share more stories in person. That’s what blogging can do! From Maine to Whitefield, Bretton Woods in the White Mountains where a veteran train takes you to the top of Mount Washington. A rented car is necessary.

a famous street in Boston

Boston Public Garden “The colossal equestrian bronze statue of George Washington, in the Public Garden, at the Arlington Street entrance opposite Commonwealth Avenue, is the largest and one of the most impressive works of sculpture in Boston. 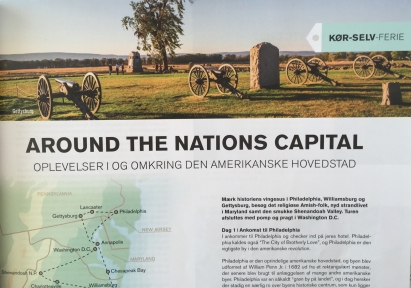 The place where the battle of Gettysburg took place 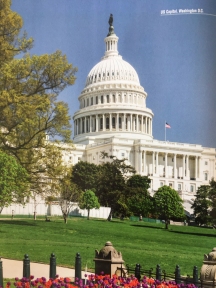 The US Capitol in Washington DC

Back to Boston for a few days to see the historical centre once again. My first visit to the USA was Boston and Washington D.C. in 2009, and I long back to these famous cities. I hadn’t started to blog then, but I wrote about the impressions to save the memories. 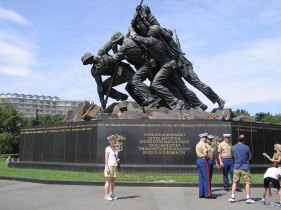 From Boston, I would like to rent a car and go to Newport to see the original colonial buildings from before the Independence. If there is the time, we could see Cape Cod and Hyannis. There is a museum on JFK in Hyannis.

Plimoth Plantation (from my travel brochure)

In Plymouth, I would like to the Plymouth Rock. The Pilgrims from Mayflower stepped on that rock and nearby is the Plimoth Plantation as a reconstruction of their settlement from the cradle of The United States. Do you think we should fly from Boston to Washington to save time? Contradictory to that is that I would like to visit Philadelphia where The Declaration of Independence was written and declared in 1776. The Founding Fathers were sweating in the heat for months to complete their dangerous task of writing the Declaration of Independence. They didn’t know wheater the sun went up or down! I couldn’t find the quote, and I might have it mixed by a quote from the creation of the  Constitution. 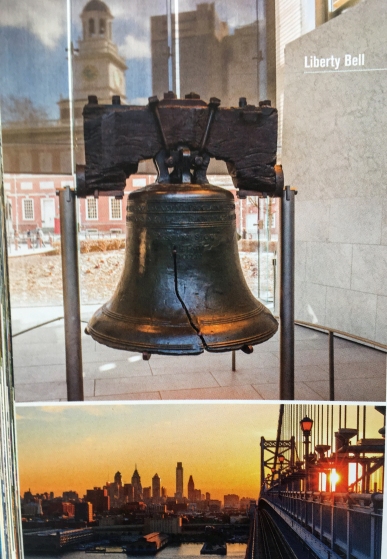 The Liberty Bell in Philladelphia

Pictures from my travel brochure

In Washington DC I would love to see the Mall with the famous museums. My favourites from our last visit were the Historical Museum and the National Gallery of Art. The War memorials and Arlington Cemetary are a must as well.

I would like to book a guided tour of The Capitol by a Guide, David Barton who will tell the Christian background of the Founders and the Capitol. If that is not a possibility, I can buy a book on the information. I prefer a guided tour. Visitthecapitol.gov

From Washington D.C., I would like to see the Gettysburg Battlefields from the Civil War. Imagine that I could match the days where the inhabitants enact the battle! The Amish people at Lancaster in the same area would be so exciting to see too. I took an online course on Thomas Jefferson and found him so much more interesting than modern history tells. His home Montecelli Plantation is at Charlottesville in Virginia. What about Williamsburg with the historic sights?

Please let me have lots of comments and suggestings on this wish list. Tell me if I am unrealistic. I have never been on such a long journey.

Last time in Boston and Washington D.C. in 2009, we had four days each place and one day of travel between the cities. We saw lots of sights in a short time.

Tagged as: History, Inspiration, The Eastern States of America, The Founding Fathers, The Pilgrims, Travelling, USA