A Corner of the Golden Gate Park

I would like to share some of the statues in the Golden Gate Park in San Francisco.  In the area where the Science Museum is situated, we meet Don Quixote, his squire Sancho Panza and the author Miguel de Cervantes. The Spanish novel was published in 1605 and 1615 and is the most influential work of literature from that time. The sculptor has created an atmosphere of both seriousness and ridiculousness in the characters. 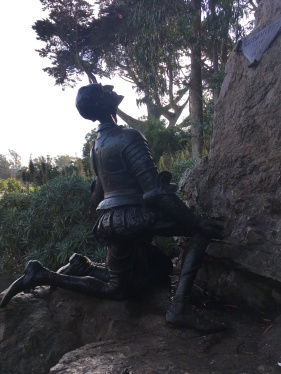 Don Quichote is kneeling in front of Servantes, the author of the novel.

Cervantes, the author of Don Quixote 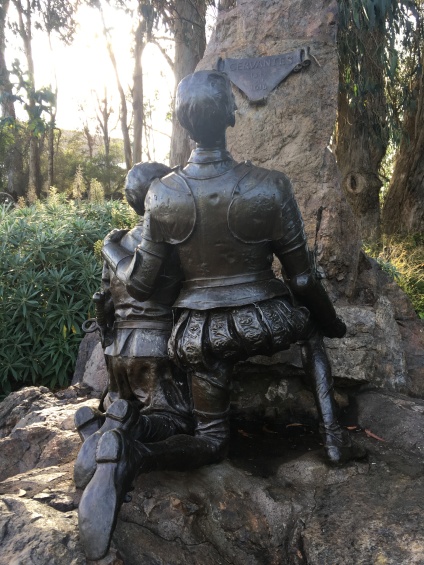 Don Quixote and Sancho Panza kneeling seen from behind

Don Quixote and Sancho Panza kneeling seen from behind 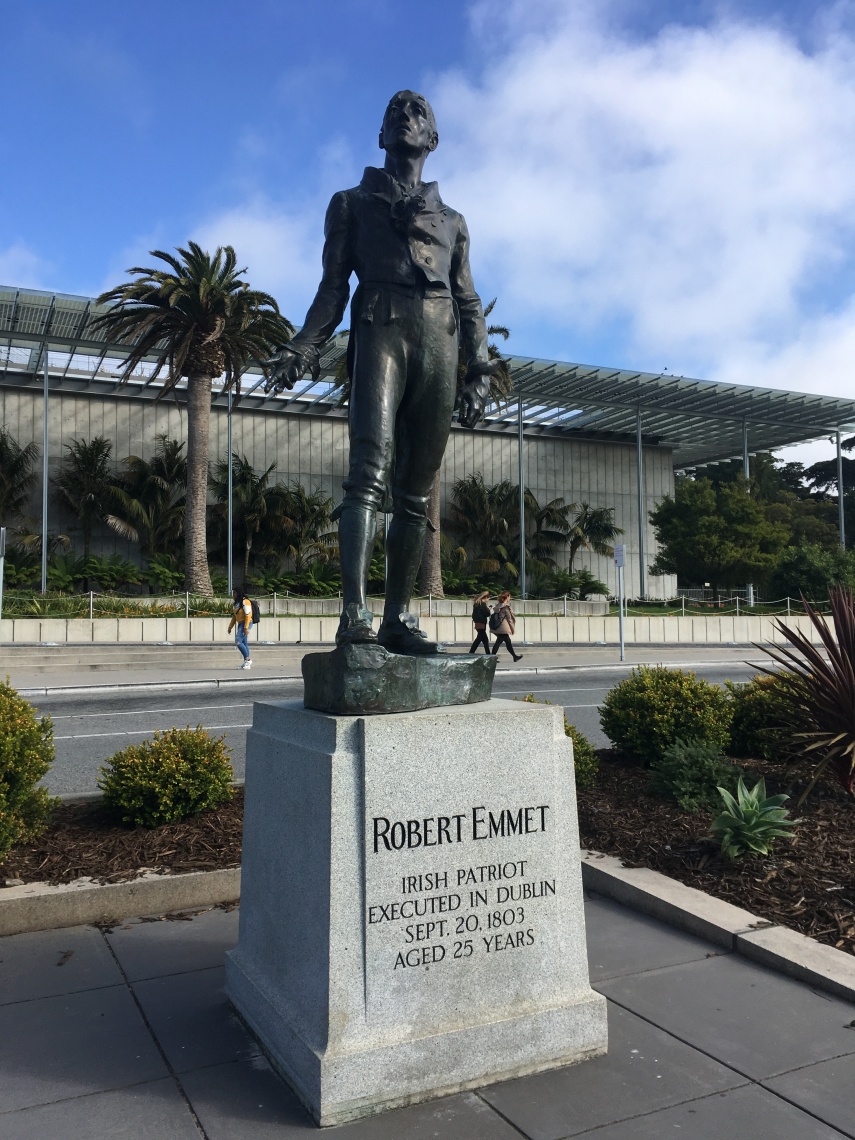 A brave young Irish man who died for his country. A tragic story from real life.

A celebration of the US national anthem “The Star-spangled Banner” by Francis Scott Key.  Francis Scott Key Monument by sculptor William Wetmore Story from 1888. The monument reminds me of a similar one in Edinburg, Scotland for their poet and novelist Sir Walter Scott.

Ulysses S. Grant April 27, 1822 – July 23, 1885) was an American soldier, politician, and international statesman who served as the 18th president of the United States from 1869 to 1877. During the American Civil War, General Grant, with President Abraham Lincoln, led the Union Army to victory over the Confederacy. During the Reconstruction Era, President Grant led the Republicans in their efforts to remove the vestiges of Confederate nationalism, racism, and slavery.

In 1915, while stationed at Fort Bliss Texas, John J. Pershing had to deal with the tragedy of losing his wife and three daughters to a fire in their home in the Presidio San Francisco.

At the entrance to the park is the Conservatory of Flowers in Victorian Style. 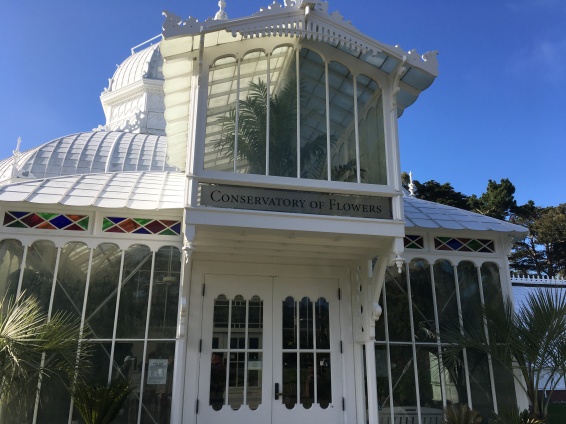 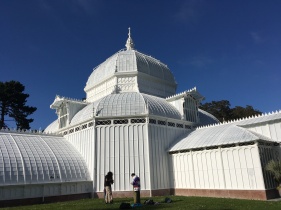 View from the Conservatory of Flowers at Golden Gate Park

View from the Conservatory of Flowers at Golden Gate Park

A flower garden of Dahlias at the Golden Gate Park

We’re proud to welcome more than 13 million visitors each year to Golden Gate Park, one of San Francisco’s greatest treasures. From a vast, windswept expanse of sand dunes, park engineer William Hammond Hall and master gardener John McLaren carved out an oasis–a verdant, horticulturally diverse, and picturesque public space where city dwellers can relax and reconnect with the natural world.