Finally, we got a Metro in Copenhagen

More than a hundred years ago a metro was planned in Copenhagen. It could be due to the WWI when many plans were paused.

Fælledparken, a vast park in the Eastern part of Copenhagen 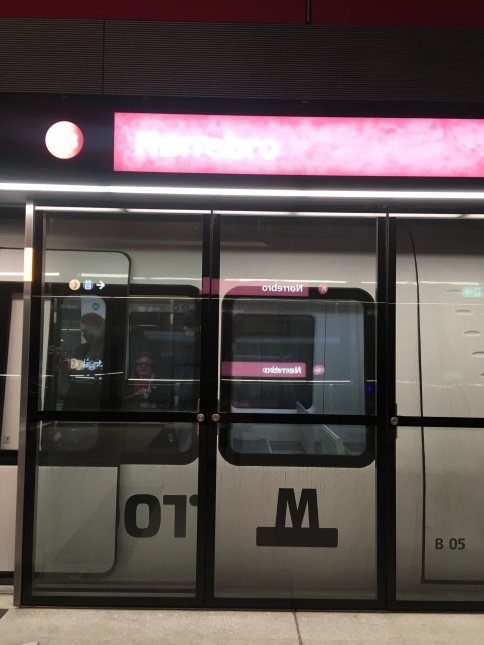 A glimpse of the Metro train in the underground

Finally, in late 2019, we have got our Metro City Ring, and it has been worth it to wait, and the result is perfect. The seventeen stations at the Circular Line have decorations and colours that match the area above the underground stations. All made in the Scandinavian minimalistic style. You are welcome to bring your bicycles with you on the trains as Copenhagen is known for bicycling. The stations adjacent to ordinary trains have red coloured tiles to match red S-trains. The city ring connects many parts of the capital and has improved the experience of visiting these areas we don’t visit too much.

Eighteen years ago, we got our first two lines of the Metro, and our brave Queen Margarethe inaugurated the electric driven remote-controlled train. Since then, we never think about it being driven without a driver in the front seat. One of the destinations was the Copenhagen Airport.

We have a historic square called Kgs Nytorv that was finally restored to the former glory in 2005. A few years after green wooden walls covered the park and plaza again for many years. Work on the new circle line had begun. The next 17 new stations on the circular line got similar green walls around the work.

The Royal Theather at the Kgs Nytorv before they finished the cobblestones around the square.

The inner part of Kgs. Nytorv, The King’s New Square in Copenhagen

This winter we could again enjoy the famous Kings Square close to our old Royal Theather and the renowned Copenhagen Harbour. Now the cobblestones have to be relaid in one area of the square as the stones were not historically correct.

As an ordinary runner, I took part in an IAAF World Half Marathon Championship in Copenhagen in 2014. The green wooden walls had been up for two years already. I thought that the athletes from aboard missed the opportunity to see the city as it could have been. Thankfully, that’s now behind us.

Close to the Queen’s palace, Amalienborg is our beautiful Marble Church or Frederich’s Church. It took the builders more than a hundred years to build it due to bankruptcy of the state of Denmark and wars. 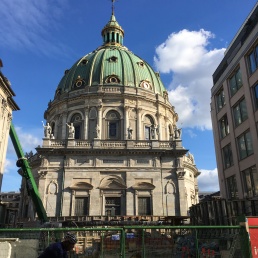 The Marble Church while the Metro work was going on

A detail of the Marble Church 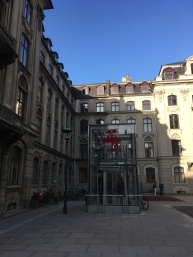 Many feared that the drilling deep underneath the church would make it collapse. Fortunately, everything went fine and the people living close by can again enter their flats by their main entrance and the noisy drilling day and night is over. The stone used at that station is of course marble.

Very central in Copenhagen there is a channel at the station “Old Strand” by our government building Christiansborg and Christiansborg Church. The staircase from the pavement and down undergrown the roof is lit up with blue lights to resemble the water. 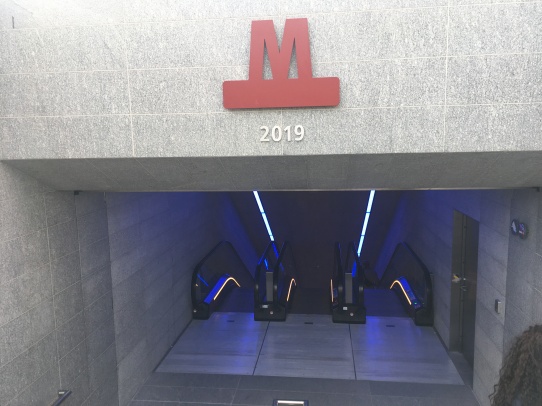 Entrance to the Gammel Strand Metro station at the parliament Christiansborg

The escalator under the Old Strand, Gammel Strand

Soon after the circle line opened, I enjoyed to take the train in any direction, walk up the escalator and see the area above. To me, it’s a significant improvement to the city, I know so well since my childhood. At Nuuk’s Plaza, you can see a memorial plate for three young men from the Danish Brigade. They had arrived on May 5, 1945, from Sweden where people from the military and the underground had trained. Some traitors hidden on a roof shot them dead at that location. Thankfully, many people travelling will now see the memorial.

The lift to the Metro station at Nuuks Plads

I wanted to share my joy for the Metro with two of my grandchildren. They liked to stay undergrown and to sit on the train. After seeing a few stations upstairs, they lost interest in viewing architecture and squares. I could take the same trip with them when they become a bit older. They were eight and four years old this autumn.

Late in March 2020, a few new stations are ready to take passengers along the harbour. New housing areas grow up where industry formerly laid. The thought is to help tourists from the huge cruise liners coming to Copenhagen chose other destinations than the Little Mermaid.

The Little Mermaid in the harbour of Copenhagen. The many tourists are cut off

The sight of the Royal Yacht in the harbour of Copenhagen

For me, it is a dream come through to get this circular Metro Line in Copenhagen. I used to go by bicycle when I lived in Copenhagen as a young person. Now I live in another part of Denmark and enjoy to be able to get around very quickly. 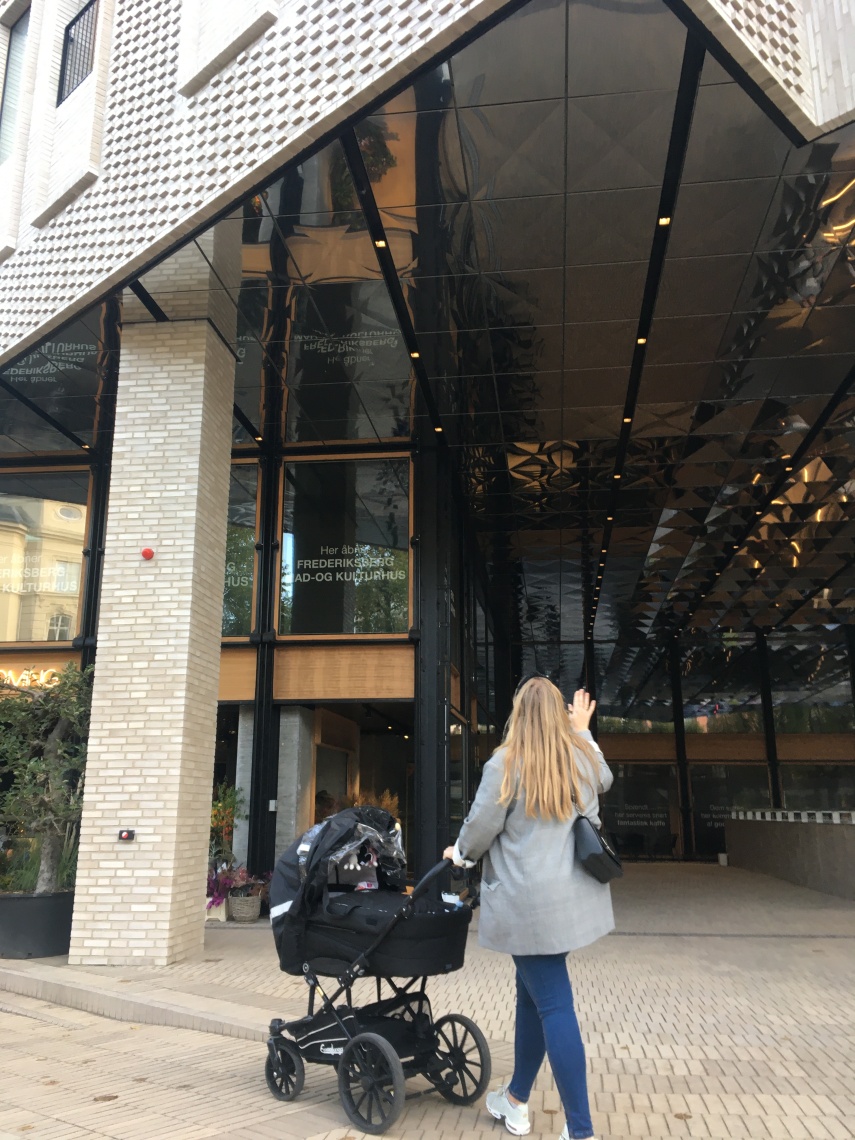 The Metro at Frederiksberg Allé in the Copenhagen area