Emigrant From the Former Soviet Union

I received an exciting invitation a few weeks ago, from a violinist at the Danish Radio Symphony Orchestra. Attending concerts regularly by chance I happened to get to know one of the violinist in the orchestra. We shared Facebook addresses and our friendship grew, We would talk during the concert intervals, sometimes leaning over the rail from our seats. 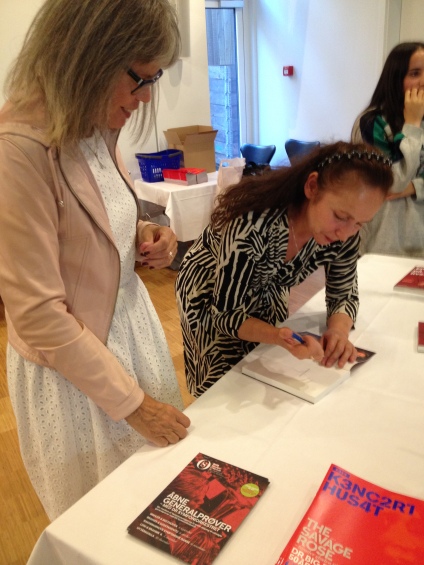 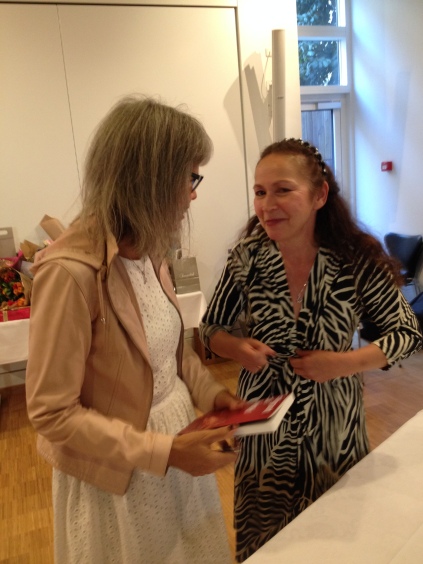 Ludmila is a Jewish emigrant from Kiev in Ukraine formerly part of the Soviet Union. She has written a book about her life and the invitation was prompted by the book release. She came to Denmark in the late seventies and was surprised to see for herself that the Western culture was not as described in the Soviet Union.

Although she was taught that all people were equal during her communist education as she was Jewish such principles were not applied to Jewish people and their religion was not respected. That manifested itself in their not being able to enjoy traditional feasts and other events, hence eroding their history. Ludmila’s father’s mother and thousands of other innocent people were killed by the Nazis at Barbij Jar in 1941. Hence they have no grave to visit and the site was not better than a refuse tip.

Photo from Ludmila’s book. From left her father and his brothers and their mother who a few months later was killed in Barbij Jar

Miraculously her father survived serving in the Soviet army and her mother had to endure freezing temperatures and dangerous work in a secret weapon factory during the war.

Ludmila was constantly mobbed by the Ukrainian school children because she was Jewish, but fortunately she was given the opportunity to study music at another school as she was gifted. Hard work and devotion enabled her to learn the violin and eventually was proud to play in the Kiev orchestra. Still life for Ludmila and her family was miserable as they suffocating in the Anti-Semitism atmosphere, so applied for emigrate. Then to make matter worse they then lost their jobs and became stateless. Finally in 1979 they got away to the West but had to leave only in the clothes they wore, forsaking instruments, personal papers, everything.

At that time in the late seventies young students in Denmark were agitating against communism. First of all they wanted people to backtrack on the so-called ” Peace movements”. I remember feeling desperate when meeting these young fanatics. I was troubled by the lack of understanding the students showed, and how they believed much of the Soviet propaganda. I couldn’t argue with them, but thought about the terrible conditions for many of the people in the Soviet Union and in particular the injustices such as imprisonment for being a Sunday school teacher.

So when Ludmila began to play with the Danish Radio Symphony Orchestra she was delighted to see all people were treated well. Still some anxieties remained and it took some time for Ludmila to understand the direction of the Conductor. However with time she became more confident and overcame her nervousness when performing when the Queen visited.

I am grateful that Ludmilla and her family now live here in Denmark adding to our cultural and ethnic diversity and are passing on their musical knowledge to all children.

Unfortunate the Jewish culture house (Old Synagogue) has to be protected with a heavy gate and security guards carry out checks. One would have hoped that 70 years on from the end of the Second World War our societies would be accepting of all cultures but sadly Anti-Semitism still persists.

Post scriptum on the 14 of February 2015 a voluntary guard was brutally murdered by an extremist. 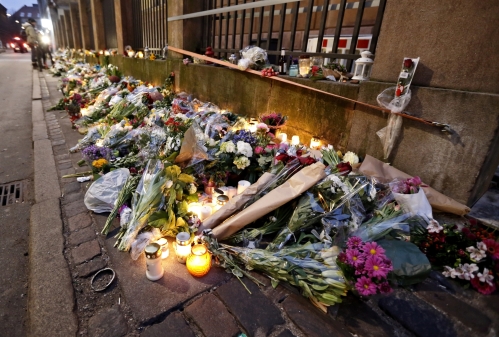 Flowers outside the Synagogue in Krystalgade after the attack 14 February

Flowers outside the Synagogue in Krystalgade after the attack 14 February

Last month Ludmila got a fine prize for her engagement in her orchestra and for teaching violin children for free.

From the DR Concert Hall. Ludmila is interviewed by Celine Hostrup in March 2015. Photo Søren Krabbe 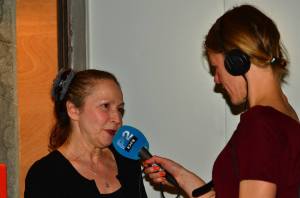 From the DR Concert Hall. Ludmila is interviewed by Celine Hostrup in March 2015. Photo SørenKrabbe 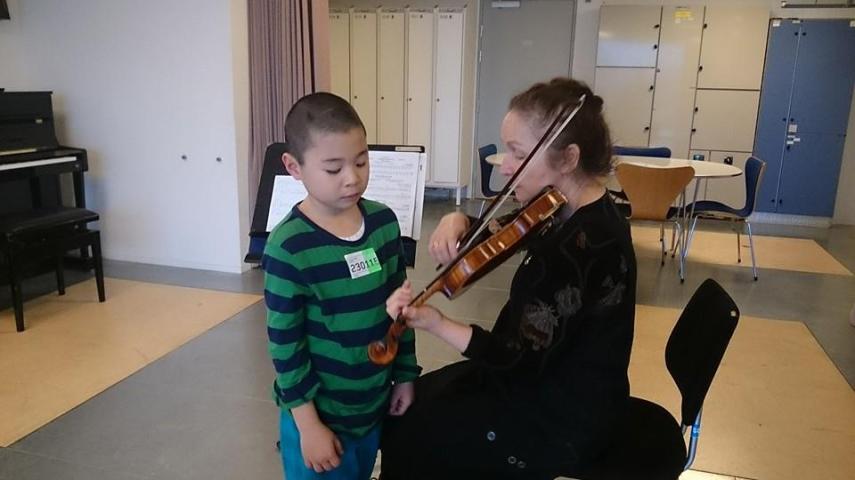 She will retire in some months, but her niece who looks a lot like her is playing the violin in the same Radio Symphonic orchestra.