Jacob Riis a Famous, and Rather Forgotten Dane in The United States

A revised version of one of my first posts on a Great Dane. Toritta, a fellow blogger inspired me to give it a brush over. She wrote

Maria, Riis’ photo book “How The Other Half Lives” was a sensation at the time and ushered in the period of progressive reform. He was the founder of modern photo journalism. There is a lovely beach/park named after him in Queens. Spent many a day there in my youth. Regards from Florida

Jacob Riis. A police reporter and photographer in New York at the height of his career about 1890.

He was born in Ribe in 1849, a small but famous town in Denmark, and died in 1914 worn out in Massachusetts in the United States. 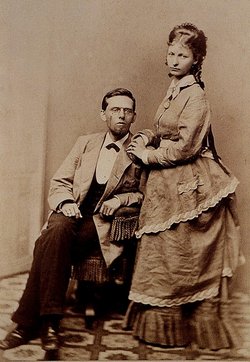 At the time of their wedding 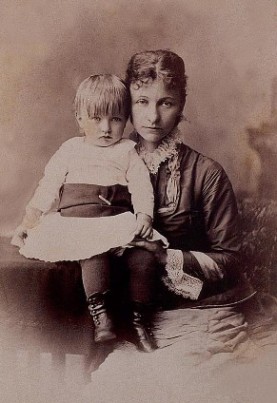 The picture shows the couple’s second child Clara born in 1879. the image belongs to Ribe archives and is found in the biography by Tom Buk-Swienty

Jacob and Elisabeth at their Silver Wedding 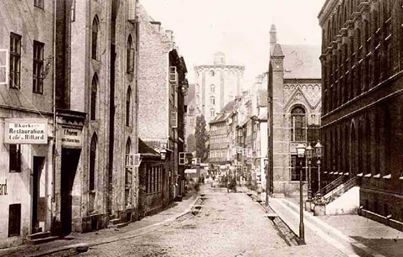 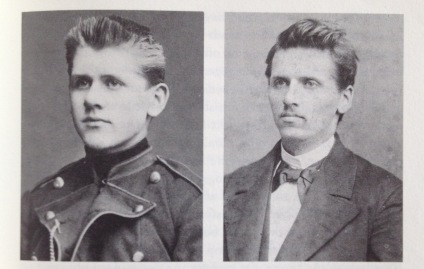 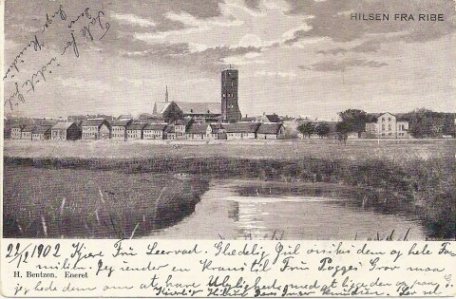 Ribe is a town with a cathedral, and in the Middle Ages, the kings lived there. It was grounded in the year 710. Jacob was an intelligent but very restless boy. He was often punished in his Latin school for being lazy and rude, a terrible thing for his father to endure. His father was a rigorous grammar school teacher who had worked himself up from poor conditions. He did not look with kind eyes at the boy. In spite of poor schooling, Jacob spoke languages and read a lot of Dickens and Hans Christian Andersen.

Jacob didn’t have a close relation to his father until he came home to visit as a famous Danish American. That was a short time before his father’s death.

His mother was the loving kind of mother, who had suffered a lot from losing many children due to deadly infections and accidents.

Her first four children died at the birth or shortly after. One nine-year-old younger brother drowned in the river close to their house.

When Jacob was ten years old, he had eight living siblings and an orphaned cousin. Only his younger sister, this cousin and Jacob himself managed to grow up into adulthood.

(translated from the biography by Tom Buk-Swienty “The Ideal American”.

He was in love with Elisabeth Gjørtz, an upper-middle-class girl, who never wanted him then. In spite of this, he was faithful in his stubborn love over many years.

In 1870, Jacob A. Riis immigrated to the USA mostly due to a broken heart from being rejected by Elisabeth. Another reason was his restlessness not knowing what to do with his life.

He knew that he was meant for great things, though. Little did he know about the hardships he would meet after his emigration, twenty-one-year-old. He was now a carpenter, but his heart was not in it. The deaths of his siblings, his bad relationship with his father played a significant role in him being restless and not able to do his schoolwork as a boy.

Jacob Riis took all kinds of jobs in New York and surrounding states. Often he didn’t get any salary, and after four or five years he nearly died from hunger and exhaustion living outside under bridges or in dirty hostels as a tramp.

The only thing he liked to do, back home in his youth, was to help in an editorial office at a newspaper and the idea grew to become a reporter in New York. He succeeded and worked day and night. Little by little, he came in contact with the police department in the worst slum in New York, an area called Mulberry Bend in the lower east side of Manhattan. He worked at night and got hold of horrible news stories before all other reporters. 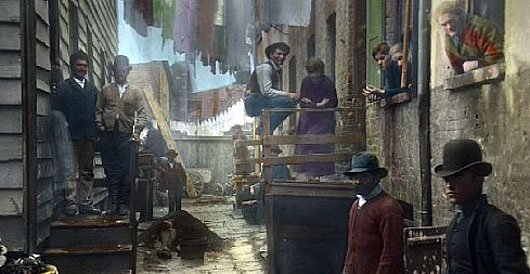 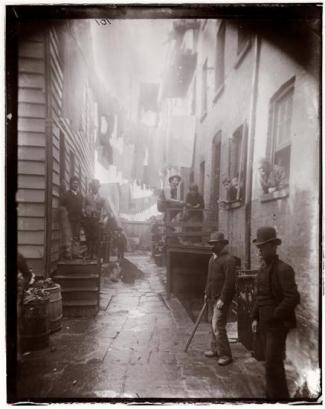 The rented blocks were so compressed that people living there never saw daylight.  Others than Jacob Riis were socially conscious, and still, due to bureaucracy and corruption changes were hard to make.

He was an ardent writer and found out that he could use a new photography technique to document the horrors he saw as a police reporter.

After six hard years in the States, he finally managed to propose to his Elisabeth. Her fiance had died; she was now willing to marry him and move to New York. She was alone with their young children the first years as Jacob worked just as hard as always to make ends meet.

It turned out that Elisabeth really loved him too and when he worked nights, they wrote notes to each other. After some years he was able to buy a lovely home in Richmond Hill away from the busy and dirty Manhattan.

Jacob Riis became a celebrity after his book release “How the Other Half Lives”. The photos shocked people as nobody outside the slum knew how adverse the living conditions were. He started to give talks about the subject showing the pictures to the curious public. Years after he became famous, he still struggled to have the worst buildings pulled down. In 1897 Mulberry Bend was finally demolished and became a park called Columbus Park. 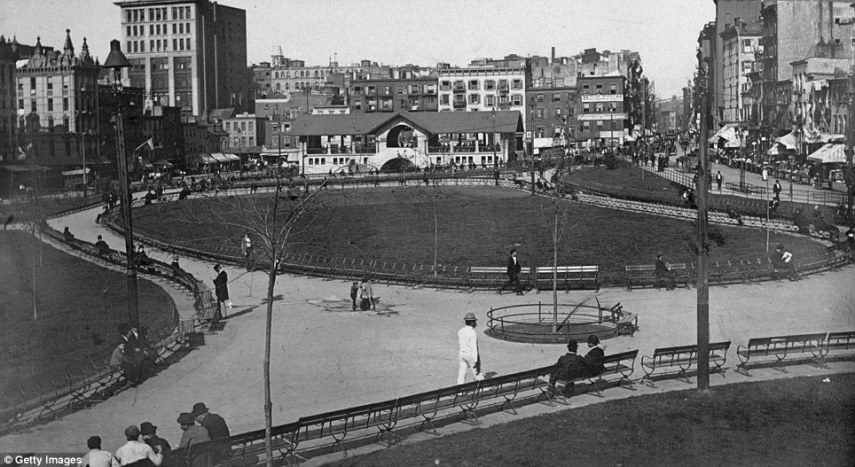 Both men worked until they fell. They managed failures and still had enormous willpower and comebacks.

After his death, Jacob Riis was forgotten for many years.

Alexander Alland, a student from Crimea in the former Soviet Union, had immigrated to New York in 1924. He also wanted to document the living conditions of the poor immigrants, and he too was a gifted photographer. A critic compared him with Riis, and he started to search for Riis’s photos. They were nowhere!

Riis considered himself as a writer more than a photographer. Luckily, Alland managed to find a box of Riis’s original glass plates in the house in Richmond Hill. In 1949, the unique photos were put in a special exhibition at the Museum of the City of New York. It became a success, and Jacob Riis is recognised again.

In Denmark, he is unknown may be due to the mentality

“You ought not to stand out from the average”!

Some years ago, I saw his pictures at an exhibition, and the biography mentioned earlier inspired me to write about him.

A quote from a post on his work in New York, The Selvedge Yard

Through perseverance and hard work Riis landed a gig with a NYC news bureau in 1873, which eventually led to him becoming a police reporter for the New York Tribune. All too familiar himself with life on the NYC’s mean streets, he made it his personal mission to use his position to become the voice for the city’s suffering poor– especially the children. Jacob Riis strongly believed that the “poor were the victims, rather than the makers, of their fate.”

Here an article on Riis’s life at the Historical Society of “Victoria Richmond Hill” where he and Elisabeth built their home.

If I ever come to New York again, I will go to the Museum of the City of New York, and hopefully, I will find the photos there. I include a film trailer about Jacob Riis’s life from his hometown Ribe’s 1300th anniversary in Danish.