At the nursing home in Munich Aliza Kohn was attended by a new young helper Irmgard Schultz. Slowly Aliza was guided to her weekly shower, and Irmgard was attracted to the blue tattoo number on her arm. Irmgard had tattoos too, but this one didn’t look like a decoration to be proud of. Aliza saw the wondering gaze from the girl and sighed

“You haven’t learned about it in school? Would you like to know more about it”?

Irmgard admitted. Aliza said that she couldn’t explain it more than she was a Holocaust survivor and everybody coming to the death camps had to have such a tattoo burnt into the arm as an identification. The name was not in function anymore at that place. Aliza, like so many other survivors, had never spoken about the horrors she had gone through, but she wanted the girl to read the books by the Italian Jew Primo Levi with the tattoo number 174517. That would explain it all.*

( * The introduction for my story about the impression of Primo Levi’s books is fiction.)

The books are “If this is a Man, “The Truce”, “Survival in Auschwitz” and “The Reawakening.” 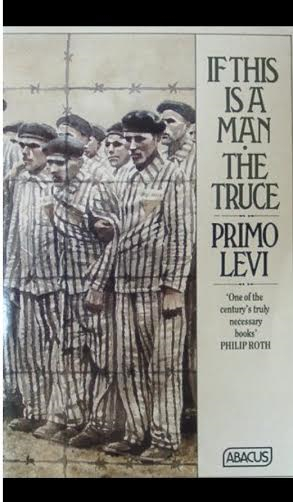 Primo Levi was 24 years old in December 1943 when he and some other Italians partisan Jews were rounded up by a fascist militia in the mountains close to his hometown Turin in North Italy. He was then sent to Mono Witz-Buna Auschwitz III a camp where the prisoners worked themselves to death in a factory intended to produce synthetic rubber.

The travel, locked up cattle transports, took four days and nights of hunger thirst and cold. Upon arrival, no one could never know if going out from the door left or right would lead to the imminent death or slower certain death.  The reaction to the questions “How old”? Or how “ill or sick” could be the difference between life and death.

The newcomers learnt that questions were never answered.

The word “Selections” was a choice to death and never to survive. But what were the criteria for these selections? It usually seemed to be those who were too weak to work any more, but sometimes Primo experienced those stronger men than he was selected to the gas chambers.

On arrival, they had to stand naked for hours waiting and waiting. Then the total shavings and a fight for the horrible clothes or not fitting rags and wooden clogs. Their names ware exchanged with the tattooed number on the arm. The bottom was reached, the humans were changed into ghosts. They were told that the only possible exit was through the chimney.

They were doomed to death without the rights of a doomed.

“The selected” was an anonymous mass ever to be replaced by new-comers.

Primo Levi found that to try to survive as a human being he had to use all skills to manage. The one who does this inadequately would pay a high price.

Those who were able to understand or speak German and Polish had more chances of survival than others. Nothing was ever explained so to follow the orders helped to avoid beatings and other punishments.

Primo was an educated chemist, and just as he was almost done as a human being,  working outside with arduous work, he was selected to work in the chemistry factory.

To survive you also had to get hold of some “privileges”. By that, he meant that it was not possible to survive if you wanted to keep up the moral standards of normal life outside the camps. The privileged suppressed the non-privileged. The most crowded road to “salvation” was to become a “prominent”. Mostly it was the criminals who gained those positions, but Jews were also able to achieve them by using intrigues.

To survive, you had to steal things that could be used in the exchange of other essential stuff as spoons or shoes or bread.

“Death begins in the shoes” !

Someone taught him that to survive, you had to try to keep yourself clean and walk upright.

A dangerous working partner was a young and inexperienced person who just worked hard without trying to save his strengths.

All seemed to have nightmares where they told their relatives about their experiences in the camps, but nobody ever listened.

Those with a small number was highly respected because they had managed to survive so far. They knew the sound of a full latrine bucket and stayed in their bunk bed at night. The more inexperienced had to carry it outside about twenty times a night to be emptied.

When the Germans realised that the Soviet troops were near in February 1945, they became even crueller and after they left with all prisoners on forced death march – all beside the sick inmates in the so-called Ka-Be. They were left without heat or food. 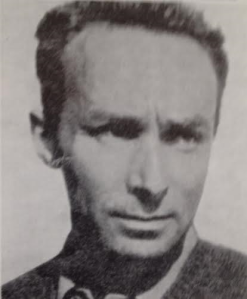 Primo Levi survives, and one of the reasons was Lorenzo, an Italian worker outside the camp, who shared some of his food with Primo for six months. Primo was left in the Ka-Be because of scarlet fever. He was still very weak but was able to organise some food and a stove to cook the potatoes they found in a hole in the frozen ground. Those sicker than him in other barracks were left to die of hunger, thirst and cold.

His best friend Alberto died on the forced death march. It took Primo about 8 months to get home to Italy. Just before his 70th birthday he threw himself out from the staircase three stores down head first and died instantly.