Thoughts on “To Kill a Mockingbird”

Having retired it’s time to make up for lost time so there are famous books needing to be read. One of them is “To Kill a Mockingbird” by Harper Lee. Yesterday I finished reading the book.

The book cover on “To Kill a Mockingbird”

In the beginning I struggled a bit getting used to the way the two children spoke in their dialect. Then it helped me to just listen to what they said.

The novel is about good and evil and their South State town Maycomb is a picture of the world. It seems that two families are compared the good and just Atticus Finch and the lacy and evil Robert Ewell who neglected his children in all areas of life.

Everything is described through the minds of the children whose father Atticus Finch is the fair lawyer fighting for righteous treatment of a black man. Everybody knows he is innocent in the accusation of rape, but because he is black he can’t be judged innocent.

The novel is full of touching and tense moments. The girl “Scout” has learnt to read before school sitting in her beloved Atticus’ lap reading the newspapers or books. The teacher gets really upset about this and the girl is calmed by her brother Jem who tells her that school will improve after several years!

Their father Atticus is really an example of an ideal parent. He is a widower and a black woman Calpurnia is taking care of the home daytime. She has learnt to read by the bible and she has a very good and faithful character. The children are all through the book occupied with fear and curiosity about a man who seems to be locked up in his parents’ house very close to the home of the children. They do all sorts of childish things to get in contact and somehow they get a response by finding small toys or candy in a hollow tree outside the house where he lives.

In the end they are nearly killed by a very ugly white man Bob Ewell, whose daughter was beaten and raped. He tries to revenge that it was quite obvious that he was the one who hurt his daughter and not Tom the black man who was fined for the crime. The children escape even though Jem is badly hurt and this Boo Radley, the man locked up in his parent’s house, helps them to get home. A circled is completed as Scout understands that Boo is the pale and insecure person visiting them for the first time. Many years without sunlight and fellowship have done that to him. As a young man he came in trouble and a long stay in prison made him go mad and his parents kept him inside ever since.

The children have the best upbringing from their father who taught them to be just and fair. He was an example for them in keeping his word and doing his utmost for helping people to be judged righteously. Atticus also exposed at the trial that Ewell treated his children very bad. They were without a mother and only went to school the first day of the year.

In the last chapter Atticus sits all night by Jem’s bed ready for him to wake up from the sedation the house doctor gave him and help him through the pain from the broken arm. 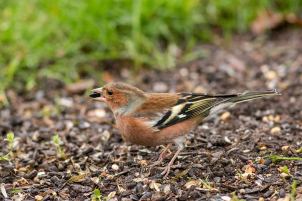 I understand that this is a classic book worth reading again and again a fight for justice and fair treatment for whoever needs it.

In my job I have met very neglected children who weren’t helped properly as the authorities didn’t always want to interfere with the parents. It is easy then to shoot the messenger who brings facts up in the open.

I know that the main plot in the book is that the black man is unfairly judged for a crime he didn’t do, but there are so many more side themes too to think about.

Please add comments if you have read it too.