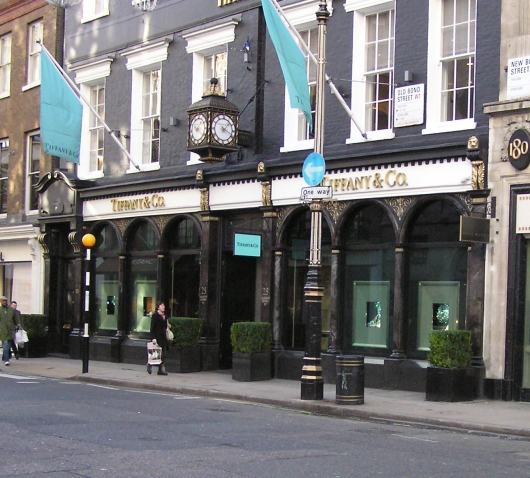 New Bond Street January 2007. The lamp stand is similar to the one on the painting

I am convinced that the photo I took a few years ago in London in New Bond Street is the same place as beneath painting by the famous Swedish painter Anders Zorn. The painting is at the permanent exhibition at Gothenburg Art Museum. It is difficult to take a picture of it as the painting is behind glass. 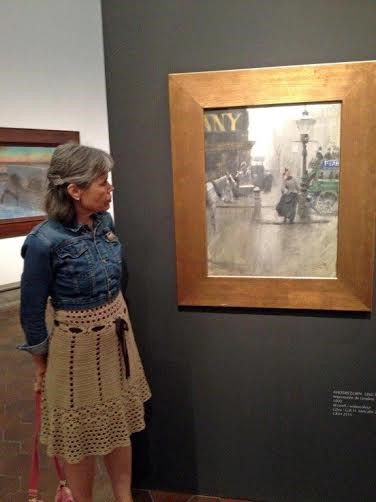 When Anders Zorn painted famous people in London and this fine street in 1890 the jewelry business Tiffany&Co was only four years old.