More on Thomas Jefferson and Monticello

Earlier on, I wrote about my visit to Monticello. I would like to share a few more photos and thoughts from the memorable day in July last year at his home where Jefferson spent 40 years on building his home. Like George Washington, he longed back to his home while serving in Washington, D.C. 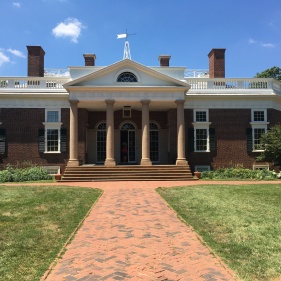 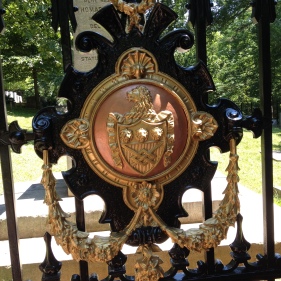 The iron-cast door at Jefferson’s graveyard 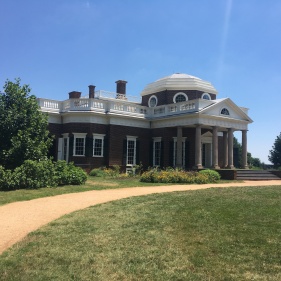 The Founders knew that slavery was wrong but couldn’t solve the problem at the time of creating the Declaration of Independence and the American Constitution. 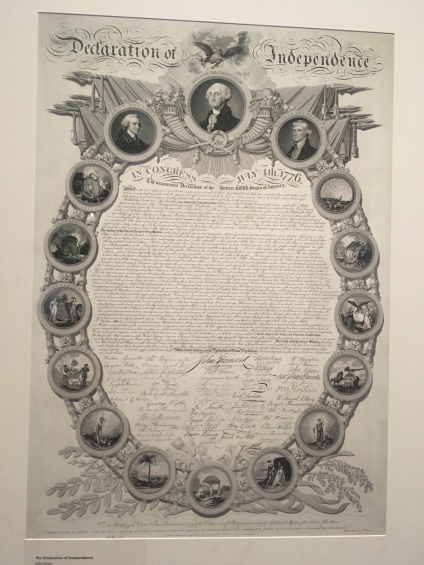 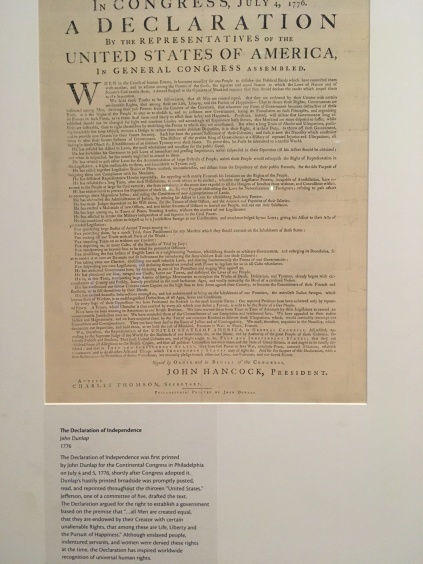 Declaration of Independence on display at Monticello

One of the cabins where the slaves lived

One of the illustrations about the slaves at Monticello

Thomas Jefferson had inherited his slaves from his father in law. From the official guide book about Monticello, it says that he treated them well and seldom punished except for stealing or fighting. Years after the death of his beloved wife Martha, it is believed through genetic studies that he is the father of Sally Hemmings’ six children. Sally belonged to an enslaved family Hemmings who worked at Monticello for five generations. Ten members of that family gained their freedom in Jefferson’s lifetime or in his will.

Jefferson had 5000 acres of agriculture. Monticello was his home farm, and he had three other farms o the east and north of Monticello. Tobacco was the main crop until Jefferson retired as Secretary of State in 1794. He switched to wheat and rye as the tobacco crop damaged the soil and caused exhaustion on the labourers. The same year he began a new system of crop rotation for the restoration of its fertility.

The flour was packed in barrels and shipped down the Rivanna River to Richmond. Unfortunately, his farms seldom made a profit. (Inspired from the Official Guide to Thomas Jefferson’s World).

Jefferson loved to ride on horseback attending to his farm

The name Mulberry Row comes from the alley of trees planted along the road. Slaves and freemen worked and lived here as weavers, spinners carpenters, Sawyers, blacksmiths, tinsmiths or domestic servants. Skilled workers here helped him build his house; everything was made here.

No occupation is so delightful to me as the culture of the earth, & no culture comparable to that of a garden  -Thomas Jefferson

Jefferson grew many new species of fruit and vegetables that were new to American gardens.  He arranged them in colours together with ornamental flowers and cherry trees.

A view from the garden of Monticello 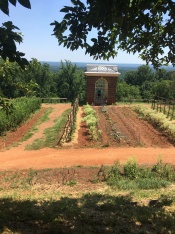 From the garden of Monticello 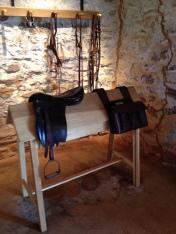 Display of saddles and horse equipment at Monticello

From Monticello regarding working animals

One of the tall trees at Monticello

Thomas Jefferson corresponded with botanists from around the world on collecting plants and seeds. Today this work is continued by the Thomas Jefferson’s Center for Historic Plants.

In 1808 Jefferson wrote to his granddaughter Ann Cary Randolph that:

The shop at Monticelli is like at many museums, a small museum in itself with a reflection of what you can see and learn from the visit. Indeed a remarkable place where you somehow feel Thomas Jefferson’s presence. 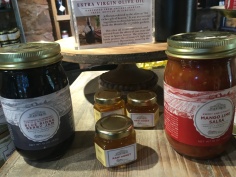 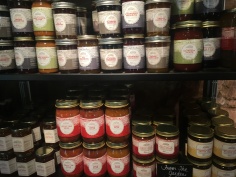 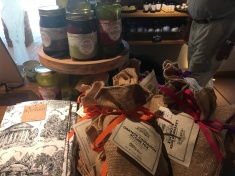