While my husband and I are on a trip to San Fransico, Portland and Seattle, I would like like to share some Danish sightseeing. Norwegians make fun of us for having such a flat country. They are not right in that as we have several places with heights and hills.

In return, we make fun of them for being self-righteous and hyper national. We understand why because the Norwegians got independence from us as late as 1814. Stupidly we were allied with Napoleon and lost Norway as a Swedish and Russian army invaded Southern Denmark and demanded that we let Norway go. We helped them to write a good constitution that enabled them to remain a free country and not become a part of Sweden.

In June, my husband and I took a day trip to an area called Hanklit on a peninsula called Mors two hours’ drive from here in the north-west direction.

View to Limfjorden from the Hanklit on Mors in Denmark 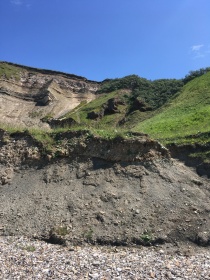 The beach and a view of Hanklit

Looking down the hight of Hanklit

Who dares to go any further on the hight of Hanklit? 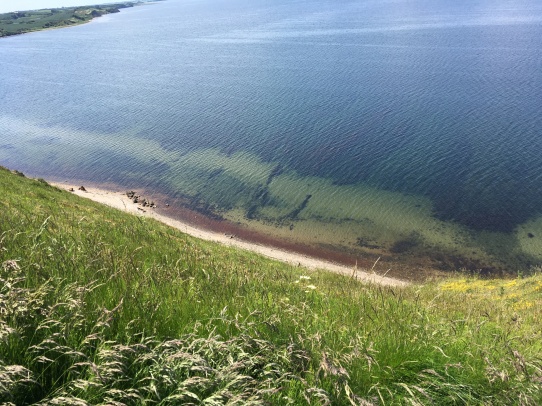 The final view from the highest point of Hanklit 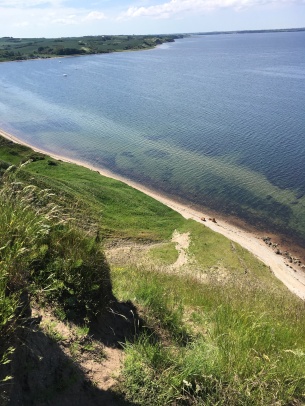 The final view from the highest point of Hanklit

The Hanklit is appointed as a candidate for the UNESCO World Heritage sites. It’s a molar clay cliff created in the last Ice Age 56 million years ago. Within the molar clay, you can see more than 200 bands of colours. The yellow and orange are the ash layers from volcanoes from that time. Collectors of seashell fossils come to the beach to find them at this place. 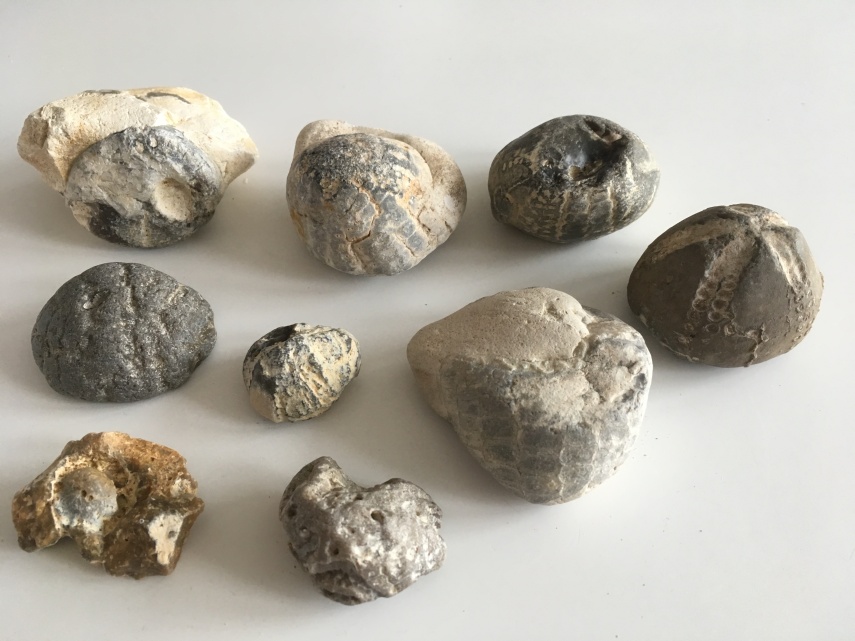 Further west to the coast we found a windy cemetery where seven allied WWII airmen are buried from a downed plane on 29th of August 1944. They were among 600 others on their way to Könichberg in East Germany in their Lancaster. The unknown airman was from another mission.  We always want to honour these brave heroes for giving their young lives for our freedom. Local citizens had the marble headstone carved in the honour of him and moved the remains to the churchyard from the place on the beach where the Germans had buried him.

View from the ever windy cemetery near the North beach

The text on the marble headstone has become nearly invisible. The link shows it more clearly. It says:

This unknown English airman sacrificed his life in 1944 for his country and for freedom in Denmark. The Lord has every living thing in his hand Job 12:10The citizens of Vorupor had this memorial made in thankfulness to him and his brave fellow combatants. 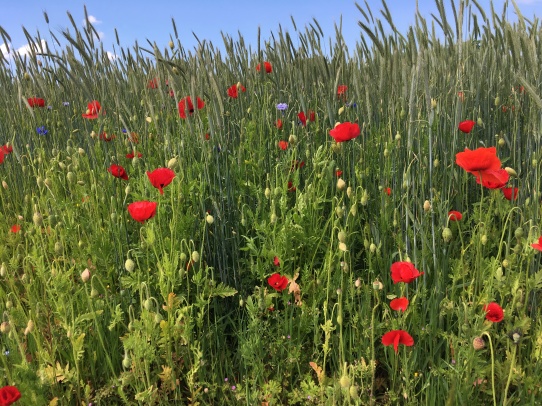 A field with poppies

A poppy always reminds me of soldiers dead in the battlefields

A poppy always reminds me of soldiers dead in the battlefields. They seem to appear when the soil has scuffled around.