Patriot’s Day (or Patriots’ Day) commemorates the battles of Lexington and Concord, which were fought near Boston in 1775. Patriot’s Day is annually held on the third Monday of April. It should not be confused with Patriot Day, held on September 11 to mark the anniversary of terrorist attacks in the USA in 2001.

Unfortunately, I have not been able to go to a celebration of these first battles for U.S liberation from the British crown but during a memorable visit to the Eastern part of the USA, our newly found family took us to the Manassas Civil War battlefield. 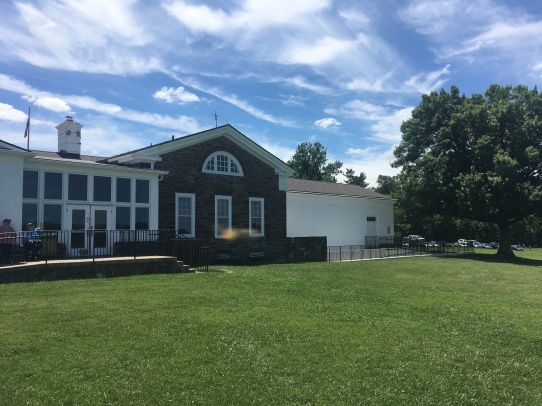 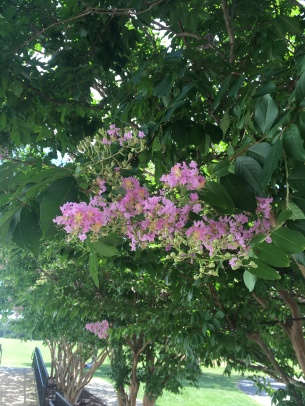 A blooming tree at the Manassas National Park, VA

The quietness and beauty of the landscape stood in contrast to the grim chaos of the Civil War. Two battles were fought here.  Judith Henry, the first civilian killed during the fighting. Judith, a widow of 85 years, refused to leave her house.

Henry House is now preserved as a museum.

The gravesite at the Henry House at Manassas, Virginia

from the interior of Historic Stone House, Manassas, VA

A view from the Historic Stone House at Manassas Battlefield

A former tavern in the historic park served as an aid station during both battles of Manassas. Today, it has been restored and furnished to represent its wartime appearance. Rangers watch over it as some wounded soldiers have engraved their initials in the floor.

I would like to give you an impression of the historic site.

Equestrian on ‘Stonewall* Jackson, Manassas, VA
‘Stonewall’ Jackson (1824-1863), Confederate general during the American Civil War. He became one of the best-known Confederate commanders after General Robert E. Lee and played a crucial role in both battles.

Never take counsel of your fears.