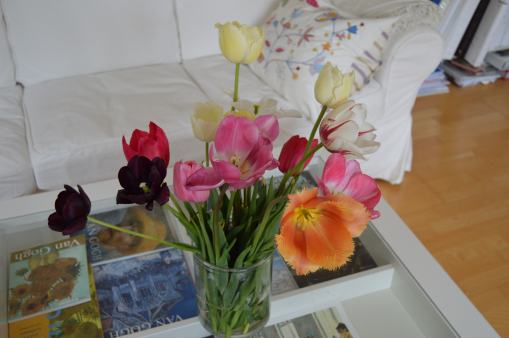 The third largest city in Denmark is called Aalborg and it is in the north of Jutland, the part of Denmark connected to Germany. Its two hours’ drive from my place so I don’t go there so often.

The other day we went to a concert in their new concert hall called the House of Music at the harbor. Just a few years ago that area was full of evidence from a time of fishing and heavy industry. Not exactly a place to stroll around and enjoy the views and fresh air. Now the university has buildings beside the venue and expensive flats are made for students. All seem very attractive now and totally changed. (It’s said that many elderly people can’t afford to live there.)

The concert hall seemed very modern inside and out with gray concrete material, but it didn’t seem raw or vulgar to me as you can see on the pictures. Inside in the concert hall the use of red colour was a lovely contrast to the gray.

View from the balcony 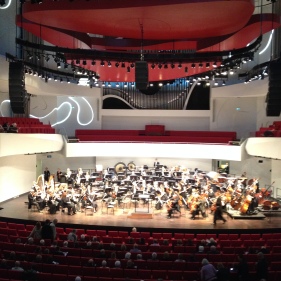 View from the balcony

View from the Foyer

The orchestra was the so-called “Royal Chapel” from our Royal Theater in Copenhagen an orchestra with roots back to the Renaissance and the oldest orchestra in the world. The program, French Metamorphoses,  was totally French and as Ravel is one of my favorite composers I had looked forward to come. The French pianist Pascal Rogé played the Piano Concerto in G major and after the interval we heard the beautiful ballet music Daphnis and Chloé directed by the maestro Bertrand de Billy. The music is not so often performed as a ballet but as a “symphony”. The story is based on a third-century pastoral poem. In the music you hear sounds from the night like leaves shaking in the wind, crescendos building up one after the other in a very big orchestra. 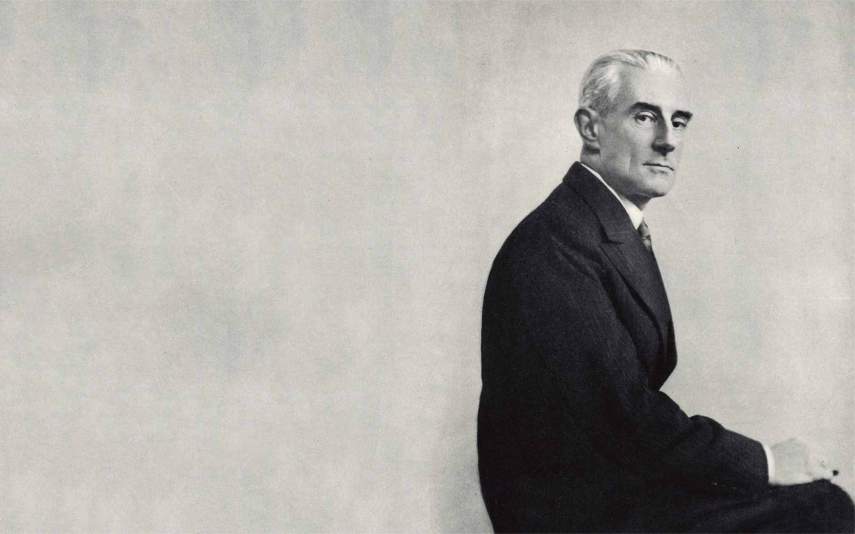 It’s the kind of music you have to experience in a concert hall starting with the lowest whisper or vibration from the contra bassoon to the full sound in all instruments. It took Ravel three years to complete it.

The courteous maestro gave his bouquet of flowers to the flute player who had a lot to play and the piano soloist gave his to the harp player. We brought my sister-in-law to the concert. It was her first meeting with a classical concert. She was overjoyed.

The House of Music seen from outside 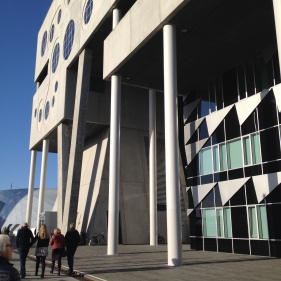 The view on the harbor from the venue 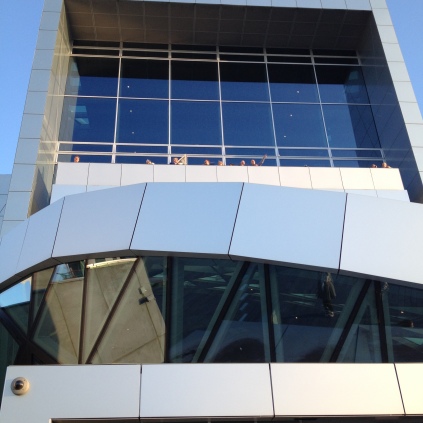