If we were having coffee 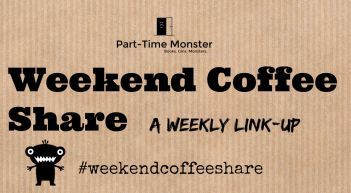 I would tell you that I am thinking about the cultural differences in Denmark my small country. I have a few posts on this subject if you would like to see them. I am lucky to have live in different places countries and that’s when you see the differences more clearly.

I follow a plan for running using the app Endomondo to tell me the distances and speed I am supposed to follow, always trying to keep my pace at 10 km  races and Half Marathons. I live in a province in Jutland and I am originally from Copenhagen. When I run at home as I did today I try to greet other runners or people walking their dogs. It is difficult to get as much response as a raised eye brow. I smile and say hello and a few times the gesture is returned.

I find it so strange to pass people like if they were trunks of wood.

When I visit my daughter outside of Copenhagen every runner greets me even sometimes with a small pep-talk. That is quite overwhelming. Last weekend I ran along the harbor of Copenhagen and along that distance it was like home! Very difficult to get anyone to return my greetings.

As I knew it would be tough today having to run 15 km I asked my husband to send me “clapping hands” via the app. He did it so thoroughly that he sent me pep-talk and clapping hands every other kilometer. The voice read the messages aloud in broken Danish. I was encouraged but next time I need it I will ask him to change his keyboard from Danish to English to hear her read the words in proper English. If something happens out on the road he will be able to track me by looking at the app!

If we were having coffee I would tell you that in August I was very encouraged on a trip to Sweden. My eldest son and his family live there and I was on my way to see my youngest grandchild for the first time. Suddenly a young steward said following to me:

I like the color of your dress very much!

He was Swedish and normally Swedes are very shy and hardly ever contact people they don’t know. I was very surprised and thanked him knowing that I would never forget these words as I felt they came spontaneously from his heart.

The blue dress. Here form a trip in Vienna

From a Half Marathon last month

If we were having coffee I would like to hear what makes your day in regard to encouragements?

Thank you to Diana who faithfully has this #WeekendCoffeeShare event

Maybe you would like to know why I train so hard on running? I started when I was in my fifties. Since 2005 I have participated in 4 Half Marathons a year and a lot of 10 km’s races in between. I train to have a good experience and to prevent injuries. The side effects are that I get so many ideas running. This post came from today’s exercise. After the long runs I enjoy food and drink so much more that normally. The taste is so more distinct and the hunger is felt also in the muscles all over.