The Royal Theatre in Copenhagen

It’s the World’s Live Ballet Day and our royal ballet sent a “live” scene from the “Giselle” production. The ballet master Nicolaj Hübbe instructed two male solo dancers in their part in one of the acts. The studio is small and is the place where many famous ballets were created under the roof of the theatre. 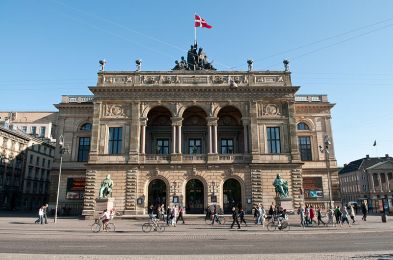 When my parents got television in the late 1950s ballets from that theatre or from other places where sometimes shown and I was dreaming of becoming a ballet dancer. In my hometown, we hadn’t ballet classes and if we had I don’t think it would have been possible for me to attend.

I was taken to the theatre a few times to watch a classical performance. I was in a dream world for a long time wishing to keep the beautiful movements. When I put it down on paper in colourful drawings I would never be satisfied with the result.

The Royal Danish Ballet 2011 Marcin Kupinski as James in La Sylphide. Photo from the brochure

August Bournonville (1805-1879) lived in the Romantic period of the Golden Age in Copenhagen and created ballets here at that theatre that is still in the repertoire. He made Danish ballet famous by reorganizing the school having the children in special classes. The Royal Ballet School has its origin from 1771. The selected and talented children spend most of their time at the ballet school where all their schooling is. They attend in many performances and are allowed to see all kinds of productions while they are at the theatre. Some manage to grow up there, get the fine soloist roles and later character roles and as Nicolai Hübbe is the present ballet master after a long career as a dancer abroad.

August Bournonville’s “A Folk Tale” made a huge impression on me. The beauty of the movements of the dancers matched the story and the scenery so well.

Extract from the publication The Royal Danish Ballet 2005

His style was grace, lightness and harmony. The dancer must never show strain even in the most difficult variations. Extremely quick footwork with small delicate steps and subtle nuances. Bournonville strove for continuity and flow in the movement of patterns

His choreography is a mixture of dance and pantomime where all kind of feelings can be expressed. Dancing should be joyful.

There are of course many other ballet productions here Flemming Flindt’s alarming ballet “The Lesson” based on a play by Eugène Ionesco. The pupil gives her all and the teacher ends killing her without the pianist interfering.

Thomas Lund and Ida Praetorius in “The Lesson”

Flemming Flindt as the teacher 1974 an Anne Marie Vessel Schlüter as the pupil. Photo from the brochure. The Royal Danish Ballet

During the WWII my father had the duty to fire guard the theatre for almost a year. It looks peacefully but it was a dangerous time also for him.

The dramatic and tragic ballet “Manon” also moved me greatly when I saw it some years ago.

From the ballet “Manon” by Mac Millan and music by Massenet at the Royal Danish Theatre 2014. Photo from the brochure

Our Queen Margarethe II is an active artist in making scenery and costumes for ballets both at the Royal Theatre and in Tivoli. 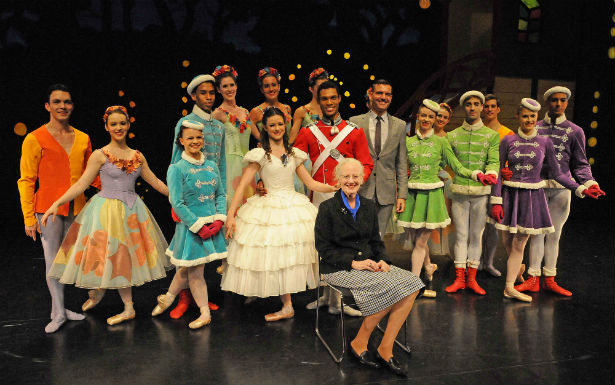